Florida and Ohio courts both recently were tasked with weighing the viability of breathalyzer results as key evidence in criminal cases alleging driving under the influence of alcohol. Both courts came up with different answers. 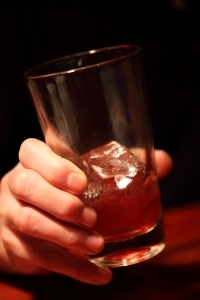 The news isn’t good for those arrested for DUI in Florida.

In Vuong et al. v. Florida Department of Law Enforcement, Florida’s Fourth District Court of Appeal was not swayed by the claims of 41 DUI defendants from Palm Beach County. They claimed the administrative code governing the state’s top law enforcement agency was too vague and failed to provide sufficient guidance for approval and use of the standard Intoxilyzer 8000 breath test instrument.

As our Fort Lauderdale DUI defense lawyers understand it, the first noted issue was that after the machine was first approved in 2002 by FDLE, testing difficulties were uncovered that prompted the manufacturer to determine there was a hole that needed to be drilled in order to obtain more accurate readings. However, FDLE never formally re-approved the instrument as modified.

The other issue was that there were well-documented issues with the calibrating flow sensor on the machines going back as far as 2007. It wasn’t until 2011 the FDLA started using a flow meter to test the calibration.

However, the appellate panel affirmed an earlier ruling by an administrative law judge, who found this evidence was insufficient to establish substantial reliability issues.

But this does not mean all challenges to the accuracy of DUI breath tests are moot, particularly considering the recent decision handed down by the Ohio Supreme Court in City of Cincinnati v. ILG. Essentially, the court ruled DUI defendants will be allowed to challenge the accuracy of their tests by obtaining data from prior results generated from the specific tester into which thew blew.

Defense lawyers have asserted that state health department officials have refused to turn over the data because they are afraid it will prove the Intoxilyzer 8000 (the same machine routinely used in Florida) are mostly inaccurate, sensitive to outside factors such as temperature.

In some jurisdictions, judges have cited this questionable scientific accuracy as grounds for refusing admission of breathalyzer test results into evidence. Portable testers, especially, have been subject to sharp scrutiny.

If the state health department can’t produce the prior test results upon defense request, defense lawyers say they will be in a strong position to request dismissal of charges against their clients.

Prior to this ruling, an Ohio Supreme Court decision 30 years ago was largely interpreted to mean DUI defendants were barred from challenging the reliability and accuracy of the tests certified by the state. But this newest decision now makes it clear state law doesn’t prevent a DUI suspect from gathering information to assess the accuracy of the test, on which many prosecutors rely heavily.

Although the Ohio ruling doesn’t have a direct impact on those of us here in Florida, it’s entirely possible if and when our courts confront similar issues, the reasoning of that state high court decision will be considered.