An alleged case of road rage in Boca Raton has resulted in a Coconut Creek man facing felony charges of aggravated assault after authorities say he pointed a gun at another driver on I-95. 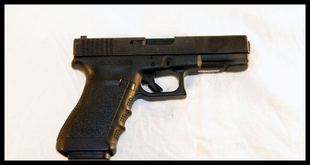 A person poking along at more than 10 miles below the speed limit in the left lane of a multiple-lane highway or road while another vehicle is approaching from behind will face a $60 fine. The ticket received will also have the same effect on one’s driver’s license as a speeding ticket, which could inevitably drive up insurance rates.

However, the law does NOT excuse actions of road rage by other motorists. In fact, such actions are considered very serious, especially when they involve a gun. This is true even when no actual violence is inflicted.

While there is technically no “road rage law” in Florida, there are laws against the kinds of behaviors associated with aggressive driving, such as speeding, reckless driving and following too closely. These are all considered moving violations, for which you can expect a ticket, points on your license and a fine.

However, it’s when an altercation escalates that people really get into trouble.

In the Boca Raton case, the dispute between two male drivers started at the southbound entrance ramp from Linton Boulevard in Delray Beach and escalated as the two continued south on the freeway.

Florida Highway Patrol troopers didn’t disclose the reason for the initial dispute, but the man who reportedly confessed to flashing his gun on the other driver said he did so because the other driver chucked a soda can at his vehicle.

The driver of the other vehicle stopped to call police. By then, the defendant had gone home. However, he later called police and said he wanted to speak with an officer, whom he met at a gas station off the highway.

The man conceded he had flashed the gun out of fear. He left the weapon at home when returning to the gas station. Officers went with him to his home to retrieve it and subsequently arrested him on a charge of aggravated assault with a deadly weapon. Per Florida Statute 784.021, this charge is a third-degree felony, punishable by up to five years in prison.

It’s worth pointing out that what this individual did by contacting police, giving a statement and offering up a warrant-free search of his home probably hurt his case significantly. His first call should have been to a criminal defense attorney. If the decision was made to surrender, it could have been done in a way that would have made it sufficiently clear he was cooperating, while protecting his rights and his freedom.