More than ever, our criminal justice system relies on technology to aid in the fact-finding (or disputing) process. From DNA analysis to reviewing the contents on a computer hard drive, our Fort Lauderdale DUI defense lawyers know the ability to tap into technology plays a vital role. 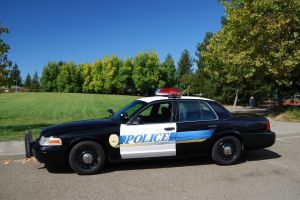 However, it’s still not the only element courts will consider. Recently, Florida’s First District Court of Appeal weighed whether trial court’s review of a hearing officer’s decision to uphold a driver’s license suspension for refusal to submit to a breath or blood analysis was legally sound. Although one justice dissented, the court found the trial court erred in engaging in what amounted to a whole new review of the video evidence, as opposed to simply reviewing whether there was reasonable factual evidence to support the conclusion.

Although the driver’s license has been revoked, he may still have a strong chance of succeeding at his criminal trial with the discrepancies between the video evidence and officer testimony pointed out by the trial court in State of Florida, Department of Highway Safety and Motor Vehicles v. Wiggins.

In Florida, determination of license suspension and conviction for DUI are handled separately, even when they stem from the same incident. The state adheres to a model of implied consent, meaning if you get behind the wheel of a vehicle, you have consented to undergo breathalyzer testing for alcohol if asked to do so by a law enforcement officer with reasonable suspicion. If you refuse, your license is automatically suspended for one year, regardless of whether you are ever proven impaired.

The key phrase in this case is “with reasonable suspicion.” An officer is not allowed to stop people arbitrarily and demand submission to breath-alcohol tests just because.

The issue of whether the officer was justified in initiating a stop in the first place became a central point of contention in this case. In August 2011, the deputy initiated a traffic stop of the defendant, who was driving his pickup truck in Clay County. A camera mounted to the deputy’s vehicle recorded the movements of defendant vehicle from the time the deputy first saw it until he was pulled over in a gas station parking lot, some 12 minutes later.

Upon initiating the stop, the deputy later said defendant’s eyes were glassy and he smelled of alcohol. He asked defendant to submit to a field sobriety test. Defendant declined, and deputy arrested him on suspicion of DUI. While at the jail, deputy again requested – and defendant declined – submission to a breath-alcohol test. Based on these refusals, his license was administratively suspended.

A hearing was held on the issue of defendant’s license suspension, and during this hearing, video testimony was presented. The deputy testified throughout the hearing, with the hearing officer (akin to a magistrate or judge) controlled the video player, stopping at relevant portions of the officer’s testimony to ask specific questions. Only one inconsistency was pointed out at that time. The officer, even before asked by attorneys, pointed out he noted in his report he had changed lanes, when in fact, video showed it was defendant who had changed lanes. Later, defense counsel noted in deputy’s report the indication defendant placed his hand on the side of the truck for balance when asked to step outside, even though video showed this did not happen.

In his report, deputy indicated driver was suspicious due to his driving pattern, which involved weaving in his own lane, improper turns, swerving and almost striking the curb.

Defendant appealed, arguing evidence was not sufficient. Upon review by the trial court, the hearing officer’s ruling was overturned. The trial court uncovered numerous discrepancies between the officer’s report and the video evidence. The footage clearly showed the defendant was not weaving in traffic, wasn’t traveling as low under the speed limit as deputy indicated and had never “almost struck a curb” as deputy reported. Other discrepancies existed as well, and therefore, the trial court struck the previous decision.

However, upon review of that decision, the First District Court of Appeal found trial court’s ruling improper – not because it was wrong, but because the incorrect method of review had been applied. The trial court was only supposed to consider whether enough evidence existed to support the hearing officer’s conclusion. What it did instead, the appellate court ruled, was conduct a de novo (Latin for “from the beginning”) review of the facts, and weighing contradicting evidence.

Because trial court stepped outside its authority, its decision was overturned and the license suspension upheld. However, the criminal DUI case is still pending, and we strongly suspect these discrepancies between officer testimony and video evidence will play a prominent role in the defense strategy, if not in the prosecutor’s decision to drop the case or reduce charges.