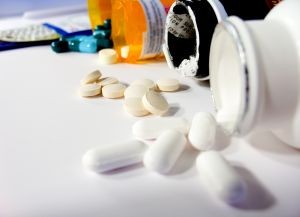 It could have been much worse for the physician, who last year was staring down the possibility of a life sentence on a first-degree murder charge, following the 2009 overdose death of another patient of the so-called “pill mill” where the doctor worked. In January, twin brothers and co-clinic managers received 15 and 20 years, respectively.

The doctor, however, was acquitted on charges of first-degree murder and other felony drug charges. The only crime for which he was convicted was the illegal drug sale to Pino. Even for that, prosecutors sought a sentence of six months in jail.

Instead, the judge imposed a punishment of 13 days in jail. Because the doctor received credit for time-served, he was released immediately. He must serve 240 hours of community service.

The terms of the probation allow the physician, who has prostate, heart and blood pressure problems, to apply to have the length of his probation reduced to three years.

As our criminal defense lawyers know, the doctor had a lot going for him as far as mitigating circumstances during the sentencing phase. This is always something clients should consider and work to their advantage. Among the elements that factored here:

An attorney representing Klein also provided the court with statistics from the Florida Department of Corrections that revealed in the last two years, probation was given to 88 percent of Palm Beach County defendants facing the exact same charge. He further noted that despite the five-year maximum penalty, no minimum jail time was mandated by law.

Numerous people testified as to Klein’s character, with many calling him a “hero” and providing stories of how he saved their lives.

He worked part-time for the pain clinic when it opened in 2008, and continued there until it was shuttered by federal authorities two years later. When patient Joseph Bartolucci, 24, died of an overdose, Klein and the two managers of the clinic were arrested on drug trafficking charges. They were all three also accused of first-degree murder in one of the only cases in which a doctor has been tried for the death of a prescription drug-abusing patient.

The physician’s defense lawyer, however, argued the doctor was guilty of nothing more than keeping bad records and sloppy handwriting. He insisted his client was trying to wean patients from these highly addictive drugs. Jurors ultimately agreed, and convicted him only of this single charge, albeit, a felony.

However, he will not have to serve any more time behind bars.