Those requiring a Fort Lauderdale drug crime defense have been negatively impacted by a stunning veto by Gov. Rick Scott that would have allowed the chance for treatment, rather than extended prison time. 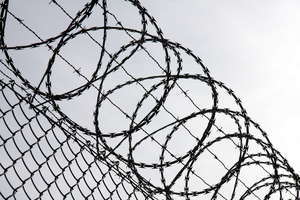 Fort Lauderdale drug crime attorneys are disappointed by the governor’s decision, which even according to The Miami Herald editorial board, defied common sense.

This was a bi-partisan bill with the support of both Republicans and Democrats in the House and Senate. In fact, 152 of 156 lawmakers backed the measure – which, given the intense rivalry on both sides is truly noteworthy.

The bill would have allowed people with drug abuse problems who had committed non-violent crimes to enter into a drug treatment program after they finished half of their original sentence.

Gov. Rick Scott said this would be an affront to victims and an unnecessary exception to Florida’s 85 percent rule, which mandates that prisoners must serve 85 percent of their sentences before they are eligible for release.

However, this was not a situation in which these individuals would have been simply free. They would have remained under intensive supervision and also would have had to toe the line on a host of conditions, which would have included enrollment in career preparation and education programs. Getting into the program, too, would not have been a cakewalk. It would have required the rubber stamp of the judge who sentenced him or her, and they would have remained on probation even after completion.

The Republican sponsor of the bill, Sen. Ellyn Bogdanoff from Fort Lauderdale, said she was profoundly disappointed in the governor’s political move – which frankly, doesn’t even make a whole lot of political sense, given the support it had thus far received. She countered his argument that this was a public safety issue by asserting that these would be strictly non-violent offenders. So we’re not talking about rapists and murderers here. We’re talking about individuals who have a problem and need help.

The governor said that the 40-year low in the state’s crime rate could be attributed to tough sentencing laws. The fact is, however, that other states that less harsh sentencing standards are also seeing a decrease in crime rates – so that argument doesn’t hold weight either.

Cost wouldn’t have been an issue because the program would have been paid for with funds from the existing budget – although it’s been proven that a number of drug treatment programs are actually cheaper than prison.

And it’s not as if these individuals were never going to be released. They would eventually be back out on the streets one way or the other. Why not decrease their chances that they’ll end up incarcerated again by giving them a chance to rebuild their lives?

The truth of the matter is, when you allow a person the opportunity to obtain treatment, you’re decreasing the risk of re-offending – which ultimately saves taxpayers money and is better for society as a whole.

Considering that drug crimes account for more than 26 percent of the inmates in Florida prisons – not to mention that drug abuse is likely to blame for a host of other property crimes and violent crimes – this would have been a win for everyone.

While this veto is a major let-down, it just further underscores the immense importance of securing a skilled Fort Lauderdale criminal defense attorney if you are accused of a crime.