An elderly Cuban exile was convicted recently of medicare fraud. The judge tossed the book at him with a five-year prison term – despite the fact that he is 71, in frail health and remorseful. 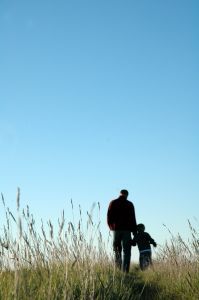 Fort Lauderdale defense lawyers know that the thing about this case that really attracted media attention was a theme that actually happens quite often in criminal cases: family members were pitted against one another.

In this situation, it was father against son.

While we all want to believe that there are individuals in our lives who we can trust no matter what, the potential threat of hard jail time on charges such as accessory or perjury can be quite compelling. Law enforcement and prosecutors know this well, and will often do anything they can to compel testimony from every possible witness they can – especially those closest to you.

This is an important point to make because often, one of the key mistakes defendants make in criminal cases is to speak to their loved ones about the charges either in jail or while they are on bond. This is bad idea for two reasons:

1. If you’re in jail, any correspondence should not be considered private. Phone calls are recorded and letters can be confiscated as evidence.
2. Even if you are released, prosecutors may find a way to threaten your loved ones with hefty prison terms if they don’t testify against you.

By refusing to discuss the case with anyone except your Fort Lauderdale criminal defense attorney, you are not only protecting your own interests, you may be protecting your family’s as well because you won’t be forcing them into a tight spot.

So what happened here?

According to The Miami Herald, the defendant allegedly stole millions of dollars from the federal government through kickbacks from referrals to several of his local rehabilitation clinics.

Back in 2010, the son, father and a business partner were indicted for reportedly bribing facilities for the elderly and disabled (nursing homes, home health care companies, etc.) for Medicare referrals. In return, they were reportedly paid more than $6 million for services that either weren’t necessary or were not provided. The alleged scheme occurred between 2006 and 2008.

This man’s clinics reportedly accounted for more than $350 million in Medicare claims. To put this in perspective, that is a fourth of all claims for occupational and physical therapy – in the U.S.

The Federal Bureau of Investigation began digging deeper in 2006 with undercover probe. He was overheard at a wedding reception bragging that he would never be arrested because he had been acquitted of similar crimes two decades ago.

Ultimately, the FBI conducted a sting that involved having an agent pose as a patient recruiter. The agent reportedly received a kickback from the father in an exchange that was videotaped.

When word of the investigation reached the father, he reportedly fled out of the country to Costa Rica. His son was offered a plea deal – serve four years for conspiracy to defraud and cooperate with prosecutors, or else face a heftier sentence.

The father’s defense lawyer called this tactic egregious, particularly considering the fact that this testimony would have occurred just before Father’s Day, had the father not ultimately pleaded guilty.

If you have been arrested or charged with a crime and wish to speak to Fort Lauderdale criminal defense attorney Richard Ansara please call (954) 761-4011. The Ansara Law Firm is available 24/7.