Glittering lights may adorn the outside of many homes this time of year. 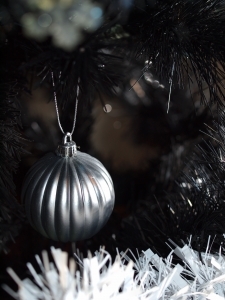 Too often though, that facade betrays the darker reality of what is occurring behind closed doors.

There is no question that the number of domestic violence charges in Browardand elsewhere spike during the holiday season. Contributing factors include financial pressures, unrealistic expectations and often, the increased consumption of alcohol. Also during this time, couples who might be on the brink of breaking up will try to hold it together through the first of the year – only to find tensions rise to the breaking point and beyond.

For every legitimate claim of domestic violence, there are equally as many that are false, or at least in which the situation has been overblown.

Anytime the police are called, you can almost guarantee that someone will be going to jail, at least for the night. Law enforcement agencies don’t want to take the chance that they could later be held liable if one party seriously harms another after officers respond and fail to take appropriate measures to protect those involved. On the other side of the spectrum, however, this kind of policy results in innocent people ending up behind bars.

The situation may deteriorate further if your spouse, ex or family member is determined to make problems for you by requesting a domestic violence injunction, per Florida Statute 741.30. These orders can be issued by either the criminal or civil court (sometimes by both), and broadly defined, are intended to provide protection from abuse by a family member or spouse.

While criminal domestic violence injunctions are requested by prosecutors, civil orders of protection are requested by the alleged victim. While the alleged victim is asked to provide evidence indicating why they fear their safety, the determination of whether that request should be granted is largely at the discretion of the judge in the case. That leaves the accused in a very vulnerable place, as these cases are largely of the he-said-she-said variety.

Temporary orders can be granted immediately – without a hearing or notice to the opposing party. Permanent orders require a hearing.

The threshold for proof in these cases is often not as high as it is for criminal cases, though the effect on your life can be significant. Usually, it’s more than simply an order to stay away from the accused. It can result in the loss of your ability to carry a firearm or to frequent certain places or to have contact with certain individuals – possibly including your children.

There might also be repercussions with your employer if he or she finds out, which is entirely possible, given that these are considered matters of public record.

Violation of these orders are considered criminal matters, even if the order was handed down by civil court. So even if you weren’t facing jail time before, you could find that changes very quickly, even with a simple phone call or text message.

This is no way to start the new year.

Understand that unlike felony matters in criminal court, you are not guaranteed a lawyer to represent you in trying to fend off an order of protection. However, given the severity of the consequences if the order is granted – or if you are convicted – hiring a good one is something we strongly recommend that you consider.