A domestic violence injunction is not as bad on your permanent record as a criminal domestic abuse conviction, but the person on the receiving end can still suffer serious consequences. 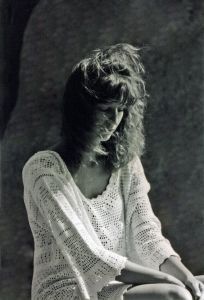 As a public record, it can be viewed by anyone, even when the allegations aren’t proven. This can have a direct impact on career and educational opportunities. It can also result in the restriction of gun ownership rights and other freedoms. Sometimes referred to as “restraining orders,” injunctions can arise out of a criminal case or be requested through a civil filing. They may also significantly impact the outcome of child custody and divorce proceedings.

A good example of how a defendant can successfully challenge an injunction is illustrated in Kunkel v. Stanford, reviewed by Florida’s Fourth District Court of Appeals.

Here, the appellant appealed an injunction for protection against domestic violence that was entered against him on behalf of his granddaughter. The trial court had granted the injunction at the request of the child’s mother. However, the appellate court reversed, finding the evidence insufficient to support the entry of an injunction.

This is a great example of the fact that the lower courts don’t always get it right, and it can be in your best interest to appeal a decision.

The trial court granted the injunction for protection based on these allegations.

Upon appeal, the Fourth District overruled. The court pointed out that such an injunction is only to be entered when the subject is a victim of domestic violence, as indicated in Florida Statute 741.28, or fears he or she is in imminent danger of becoming a domestic violence victim.

Here, the child was never a victim of domestic violence, and the record didn’t support any indication that she was in danger of becoming one at his hands. The trial court didn’t even attempt to make such a finding. Instead, the appellate court observed that the trial court granted the injunction simply as a means to support the mother’s decision to keep the grandfather away from the child. However, the appellate court rightly observed that “this is not the appropriate standard” for granting such an injunction.

By the time the case reached the appellate court, the order had already expired. However, the court sought to reverse and remand with instructions to vacate, citing the “collateral consequences” that a domestic violence injunction might cause.