A staffer for Florida Senator Marco Rubio was recently arrested and charged with a domestic violence incident in Fort Myers, leading to the man quitting his job, the Associated Press reports.

This incident brings up some key points for people who find themselves dealing with a Fort Lauderdale domestic violence incident. Fighting at home can be caused by excessive use of alcohol or abuse of drugs and can create major problems for both the aggressor an the victim. 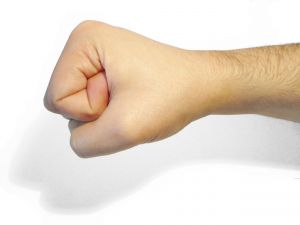 Fort Lauderdale criminal defense attorneys recognize that while an arrest can be a difficult thing to defend when dealing with domestic violence, other aspects of this situation can be a problem as well.

What this refers to is a restraining order. Unfortunately, these are somewhat easy to obtain and can put a person labeled as an “aggressor” in these types of cases through the ringer. The Broward County Sheriff’s Office makes it clear that a restraining order is as easy to going to the courthouse with the proper paperwork between 8:30 a.m. and 5 p.m.

A temporary protective order is usually granted first. All that takes is for a person to convince a judge they are in some type of danger. These orders are temporary, but can cause major distractions while active. For couples who live together and have children together, these can cause parents to not be able to see their children or spouses or have to live somewhere else while the order is in place.

A violation of an order can be punished as a criminal offense, even if there is no initial criminal report taken by police officers or sheriff’s deputies. Florida Statutes 741.31, which governs domestic violence situations, tells residents how to obtain an injunction for protection against domestic violence.

But a temporary order is designed to be just that — temporary. Once that is ordered by a judge, the person it is against receives a copy and has the right to a hearing to contest it. It is strongly advised that this person gets legal representation.

Requesting a hearing is well within a person’s rights and he or she should ensure that an experienced Fort Lauderdale criminal defense lawyer is by his or her side at this type of hearing. A permanent order against a person can lead to him or her being shut out of their own home or being banned from seeing family members. A slip-up, even if unintentional, can lead to an arrest. It can be a slippery slope.

In the incident in Fort Myers, the regional director for Rubio in Southwest Florida resigned after initially being placed on administrative leave pending an investigation. Deputies went to the couple’s apartment after the man’s wife called 911 and then hung up. When they arrived, they found the woman’s elbow was swollen and bloody and she was visibly upset.

She told deputies her husband pushed her, causing her to fall on top of a carpet in the garage. He then allegedly rolled her into the carpet and kicked and punched it with her inside. She said she unrolled herself and confronted him. The man allegedly then pushed her against the wall, causing the elbow injury.

Deputies arrested the man at a nearby hotel and charged him with domestic violence battery, despite his wife not wishing to press charges and refusing to get medical treatment. The man’s attorney told the media the allegations are false and that the man and a witness whom she would not name can contradict the police report.