Florida arrests that begin with probable cause searches initiated by the “sniff test” (i.e., detecting the distinct aroma of cannabis) may be no more. For that, we can thank the 2018 U.S. Farm Bill legalizing hemp and its derivative CBD (cannabidiol), as well as the Florida statute that followed to align with it as Congress instructed. 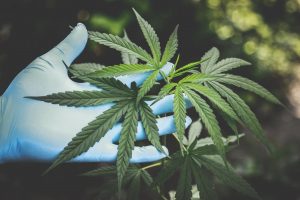 The federal law, which went into effect Jan. 1st, removed industrial hemp and CBD from the U.S. Controlled Substances Act list of unlawful and dangerous drugs. However, many states – Florida included – still had laws on the books that criminalized these substances. Florida’s new law fixes that.

What this now means, as Fort Lauderdale criminal defense lawyers can explain, is not only will future marijuana arrests in Florida most certainly be significantly curtailed, but it may even impact pending cases – at least going back to July 1st and possibly all the way back to January.

It’s not that marijuana itself is legal in Florida – it’s not. The reason is that so many marijuana arrests are the result of warrantless searches allowed solely when a law enforcement officer smells the distinct odor of marijuana, usually in the course of a traffic stop.

However, hemp and marijuana – two different forms of cannabis – smell exactly the same. And now that hemp is legal, detection of that smell alone is no longer strong enough evidence to establish probable cause of criminal activity.

This position was outlined in a memo from the State Attorney for Florida’s 15th Judicial District in Palm Beach County to local police. In dark font, prosecutors informed law enforcement that his office “will not be able to prosecute any marijuana” case – including those for THC oils – unless there is a test from an accredited lab clearly indicating the content of a substance suspected to be marijuana exceeds 0.3 percent.

The state attorney’s office left the decision up to individual law enforcement agencies and their legal advisers to ascertain when it was appropriate to conduct a search/seizure of suspected marijuana or oils containing THC and whether to make an arrest. However, what’s clear is the previous “sniff test” that allowed police to conduct a probable cause search of a car or truck based solely on smell without a warrant won’t be enough to cut it in court.

The state attorney instead noted point-blank that unless they get a positive result from a 1 percent test it from an accredited private lab, there will be no prosecutions. The Palm Beach County Sheriff’s Office does have an accredited lab. The agency said it is reviewing the memo, but The Palm Beach Post reported that as of right now, the tests used by the PSBO lab are not sensitive enough to determine THC content in such trace amounts.

A similar memo was sent via the State Attorney’s Office for the 19th Judicial Circuit in Martin County. The sheriff there said that the combination of legalizing hemp and medical marijuana (as voters in Florida did two years ago) has made it “nearly impossible” to enforce state marijuana possession and marijuana trafficking laws. His deputies were advised to halt marijuana arrests until local laboratories can accurately distinguish between the two types of cannabis, as defined by law. He further advised point-black that officers could not initiate probable cause arrests for suspected marijuana possession or related offenses.

That’s not to say these agencies couldn’t change their policies in the future, so long as marijuana remains illegal for anyone except card-carrying medical marijuana patients. But in the interim, defendants in recent/pending cases would be wise to take action.

If you are arrested for possession or trafficking of marijuana in South Florida and/or have pending charges, it is in your best interest to seek counsel from an experienced South Florida marijuana criminal defense attorney as soon as possible to assist in motions to suppress key evidence or dismiss your case altogether.

Because of the “fruit of the poisonous tree” legal doctrine, that could mean even more serious charges stemming from a probable cause search for cannabis-related offenses could be dismissed as well.