The suicide of young computer genius Aaron Swartz sent shock waves throughout the country, as it was an immense loss of incredible talent. The 26-year-old would have been looking toward a very bright future – but for the fact that he was facing up to 35 years in federal prison and $1 million in fines – for downloading academic records for which he should have paid. 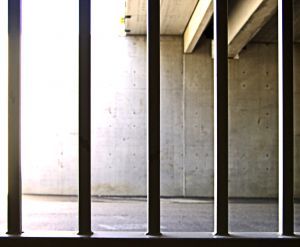 Our Fort Lauderdale criminal defense attorneys believe that if there is anything to be learned here, it is this: We must work aggressively to curb the increasingly common practice of both federal and state criminal prosecutors to pile on every imaginable charge – no matter how over-the-top it seems with regard to the crime – in a simple effort to win at any cost.

Certainly, we understand that prosecutors can’t stop doing their job in anticipation of every scenario in which someone may harm themselves in the face of serious charges. However, the potential punishment didn’t fit the crime here – and prosecutors well knew it.

In fact, they often know exactly what they’re doing when they heap countless charges on a defendant in an effort to make something stick. They will stretch the law to make broad interpretations so they can fit the scenario at hand.

There are some basic reasons why they do this. By piling on a mountain of charges, they give themselves a strong starting point for plea deal negotiations. They know full well that many of these charges won’t be able to withstand the scrutiny of a trial. But they have no intention of actually taking them to trial. What they want to do is apply pressure to the defendant so he or she will plead guilty to the lesser charges.

In doing this, prosecutors can secure convictions without having to endure the cost, time and effort of going through a trial.

For defendants, though, the practice is inherently unfair. They have a choice to plead guilty, regardless of the circumstances, or take the gamble of going to trial and facing potentially years or decades behind bars if they lose.

It’s no wonder that only 3 percent of cases in federal criminal courts actually went to trial in 2010 – the most recent year for which numbers are available and a marked decrease from what it was even just a few years ago. Local and state court statistics follow similar trends.

It represents a shift from the strong, ethical standard of years’ past. It used to be that if a prosecutor piled on 40 or 50 charges to a fairly straightforward case, a judge would toss it out. Today, though, that’s the norm.

Even prosecutors will admit that it happens routinely, though some say it is primarily young, ambitious prosecutors who are most likely to engage in this tactic. But a defendant can’t control the prosecutor who takes his case.

The stakes couldn’t be higher, which is why defendants – particularly those in federal or felony cases – need to invest smartly in an experienced criminal defense attorney who is prepared to fight for you. If that means calling the prosecutor’s bluff on having those non-supported charges stick at trial, we are prepared to do that.