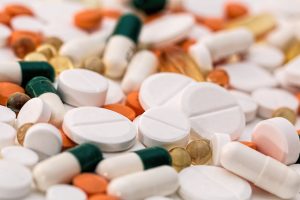 What ended up happening, however, was that those who were not drug lords were swept up as well. People with chronic pain and addiction to opiods who had run out of their monthly medication would turn to the streets – and be labeled drug traffickers for the amount they carried.

Seven years ago, the state legislature’s own policy research office issued a scathing report indicating the earlier minimum mandatory sentencing law for Florida drug crimes went far beyond the original scope of intent. The majority of those arrested, convicted and serving time for non-violent Florida drug crimes were addicts, not dealers. The panel examined some 1,200 cases where inmates were serving harsh minimum mandatory sentences for drug crimes. Three in four of those inmates had never before been to prison.

Broward criminal defense attorneys have worked tirelessly to fight for clients accused of minimum mandatory sentence crimes because once convicted, there is little to no judicial discretion in sentencing.

Florida drug laws stipulate that the amount of the drug one possesses or sells directly impacts the time served. Six years ago, the sale of less than two dozen hydrocodone pills (not even one prescription worth) could trigger a minimum mandatory drug trafficking sentence of 15 years. Worse, Florida law has long considered the weight of the pill to be entirely of the potent drug, when in fact the active ingredient may only be a small percentage. For example, a 310-milligram Vicodin pill contains only about 5 to 10 milligrams of hydrocodone. The rest is the same ingredient that’s in Tylenol. Florida law didn’t make the distinction – until 2014.

A bill passed that year increased the number of oxycodone and hydrocodone pills necessary to trigger the minimum mandatory penalty (about 77 versus 22).

Unfortunately, the Florida Constitution had expressly retroactive application of criminal sentencing laws (the only state to have had such a measure built into our state constitution). That changed last year with the creation of Amendment 11. However, judges have nonetheless rejected motions for re-sentencing hearings because, they have noted, state lawmakers haven’t yet outlined the judicial framework for how that process will work.

If you are interested in legal counsel to seek a re-sentencing hearing or are currently facing drug trafficking charges in South Florida, our Broward criminal defense lawyers can help.