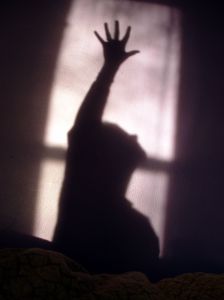 Throughout the U.S., calls to the National Domestic Violence Hotline have climbed by about 13 percent from 2007 to 2009. In Florida, domestic violence centers reported a 40 percent increase in demand for services from late 2008 to late 2009. In the last year, Broward County domestic violence centers have reported an eye-popping 43 percent increase in calls, while those in Palm Beach County have reported an uptick of 27 percent.

What does the economy have to do with it? Consider first that South Florida has been hit especially hard by the economic crisis. Even though politicians in Washington continue to espouse the fact that we’re now technically in a recovery, a lot of people here are still struggling with impending foreclosures, unemployment or underemployment, reduced wages and overall economic insecurity. When people are on edge or depressed, that alone can lead to “taking it out on” those closes to you. It can also lead to substance abuse, which is another factor in domestic violence allegations.

Something else that is not often discussed with regard to domestic violence allegations in tough economic times is the fact that police agencies are often overworked and understaffed. Officers are being forced to take on more cases without working any additional hours, as local, state and federal budget cuts put restrictions on overtime and the hiring. And, of course, a similar strain on resources exists in the court system.

Officers conduct a cursory overview of the facts with a few questions – and that’s it. But almost always in domestic violence cases, someone is going to jail. Even if you are charged with a misdemeanor, as is the case with most domestic violence arrests, that mark is going to remain on your permanent record forever, unless your attorney can convince the state attorney’s office to drop or reduce the charges or if you are exonerated by a judge or jury.

This is why it’s critical to hire an experienced domestic violence attorney because this kind of a conviction – even if you plead no contest – will follow you as you try to apply for a job, or even keep the one you have. The current economic state of this country makes this an even more pressing issue.