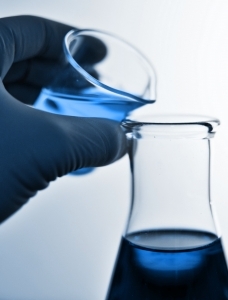 Our Fort Lauderdale DUI lawyers are ready to take your calls with questions concerning this matter, as it’s likely to affect a large number of cases.

According to media reports, the county’s public defender has been quoted as saying, “This could be a very big deal.”

The problem is with the way the Medical Examiner’s Office conducted drug toxicology tests in DUI cases prior to the end of August. We don’t know how far back the mistakes stretch, but it’s estimated it could go back a decade or more. Some estimate it could go back as far as 30 years.

Specifically, the results in question involve methodology testing for about a dozen drugs, including heroin, cocaine, hydrocodone, oxycodone, amphetamines, marijuana, Xanax, Valium, sleeping pills and other over-the-counter medications that might affect a person’s ability to drive a vehicle.

Test results for alcohol and PCP (also referred to as angel dust) are not in question.

The problem isn’t necessarily that the tests were inaccurate. The problem is that they weren’t properly scientifically validated.

That means that those results would not have stood up in court, and for some cases, could have meant the difference between conviction and a not guilty verdict.

Pending cases may be salvageable, according to the Medical Examiner’s Office, because the urine and blood samples taken at the scene are still in tact, which means they could be re-tested using proper methodology.

However, for cases that have already been closed, the evidence in most was discarded, which means there is no way to retest.

In those instances, prosecutors have begun reviewing thousands of cases that were possibly affected, and they have been instructed to notify defense lawyers if one of theirs has come under review.

However, you don’t necessarily have to wait for prosecutors to pick up the phone. If you were convicted of drugged driving in Broward County prior to Aug. 24, 2012, you may have a strong case.

The county’s new Medical Examiner, Craig Mallak, recently took over the post this summer. He had been working toward accreditation of the lab’s testing programs when the errors were discovered. His predecessor, Dr. Joshua Perper, had been on the job for 17 years prior to retiring. This was the same individual who was scolded earlier this year by the state Inspector General after his employees reportedly “lost” hundreds of prescription pain medication pills taken from the deceased.

Mallak said when he learned of the errors, he immediately shut down lab-testing operations at the office, notified the state attorney’s office and had pending and future cases forwarded to an independent lab.

It’s not just criminal DUI, DUI manslaughter or DUI homicide that are likely affected. For example, there could be a number of civil wrongful death cases that could be affected too.

The Medical Examiner’s Office said a sample of 50 recent drug cases are being independently tested to see whether the results are accurate. However, even if they are, it might not matter if the evidence used to convict an individual was not scientifically verifiable at the time of trial.