In a unanimous decision, the U.S. Supreme Court overturned the Florida Supreme Court’s earlier ruling dismissing all evidence obtained following an erroneous indication of drugs during a traffic stop. 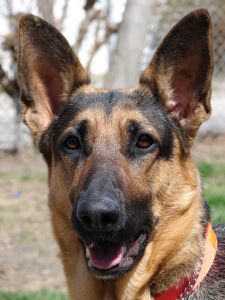 Our Broward criminal defense attorneys are troubled by this precedent, which holds that an indicator from a trained K-9 unit is enough for police to assume probable cause and initiate a search.

The case, Florida v. Harris, stems from what was a seemingly routine stop in which the officer asked for consent of the driver to search the vehicle. The driver refused. The officer responded by having his dog, Aldo, conduct a “sniff” around the exterior of the vehicle. The dog in turn alerted its handler to possible drug residue on the driver’s side door handle. The officer took this as enough of a foundation to establish probable cause and executed a search.

Nothing that the dog was trained to detect was found. However, the officer did find a substance called pseudoephedrine, an ingredient used sometimes to make methamphetamine. Several other ingredients used to make this drug were also found.

The driver was subsequently arrested for illegal possession of those substances.

Later, that same driver was out on bail and he was stopped again – by the same officer. The dog again alerted his handler to a controlled substance and the officer once again searched the vehicle, this time finding nothing.

The lower trial court denied a motion to suppress, but that decision was appealed to the state supreme court, which ruled the evidence was inadmissible. The state high court had ruled that the dog’s previous performance record indicating how many times it had falsely alerted was relevant in the pending criminal case. But this police department – and many others – don’t keep those records. As such, the state court found, probable cause could not appropriately be established.

In overturning that verdict, the U.S. Supreme Court determined that the standard to which the dog should be held was “fair probability.” Further, the high court found the state court’s requirement of hit-and-miss documentation was “rigid” and failed to allow for a totality-of-circumstances approach to probable cause. The court further stated that such records may be skewed – either overstating or understating the dog’s accuracy, as those records would not include court case outcomes.

While the totality of circumstances is of course an important factor, what’s also noteworthy is the fact that even well-trained drug dogs get it wrong – sometimes more often than not. Even controlled-settings studies have proven this.

A study published in the George Mason Law Review by a University of North Carolina at Chapel Hill law professor found that even well-trained K-9 units that do well in controlled testing environments have a high rate of error when it comes to false positives in traffic stops. The reason, based on the Bayesian probability formula, is that the majority of motorists aren’t actually harboring drugs in their vehicle. This ups the chances for a false positive – much more than a false negative.

Still, given the fact that the court drove home the point of totality-of-circumstances, if an officer searches your vehicle on the sole basis of a K-9 indication, there may be a valid case made for why any evidence subsequently uncovered should be suppressed.