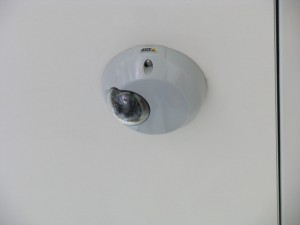 The dollar amounts are important in these situations because when it comes to Florida theft cases, the severity of the charge will depend on the amount stolen.

Another element that can affect your sentence is if you’ve had prior convictions for the same or similar charges. Shoplifting could also be upgraded to “grand theft” based on the type of items stolen. Some of the items that could result in increased charges:

In this case, authorities with the Broward Sheriff’s Office call the due, “very skilled.” Within just a few minutes, they stole hundreds of dollars worth of goods from the same store.

These items were all small, packaged goods that were on store shelves. Detectives suspect she has pockets or a bag sewn into the skirt lining. These are not simply crimes of opportunity, they say, but rather methodical, planned operations.

The first surveillance video allegedly captured the couple heisting products in February 2015. The most recent incident reportedly happened in late January of this year.

Most of the items taken are small components of computer systems.

The article doesn’t mention whether this same couple is suspected of similar actions at other locations.

The two reportedly did not attempt to disguise their identity and in fact, both looked directly into a store video surveillance camera.

If you are accused of felony theft, you need to have an experienced criminal defense lawyer on your side. Keep in mind that even if you admit to stealing something and feel prepared to face the consequences, you don’t need to risk receiving an especially harsh sentence. In many cases, our attorneys can work for a myriad of different solutions, including:

We can also attack the veracity of the charges and strength of evidence against you by challenging witness statements or questioning the “intent” clause of the statute. We may argue that what happened was an accident or misunderstanding.