Police officers swear the eyes never lie, at least when it comes to the horizontal gaze nystagmus exam. 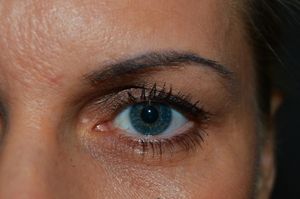 The test is routinely used by police officers who suspect a driver is drunk as part of the field sobriety exam. It involves having a suspect follow a small object, such as a pen, with their eyes as the officer slowly moves it horizontally in front of them. The suspect is asked to do so without moving his or her head.

What the officer watches for is an involuntary jerking of the eyes, which is referred to as a nystagmus.

Many police agencies employ the test and say it is especially effective against habitual drunk drivers, many of whom may refuse blood-alcohol concentration tests (which can’t be conducted absent a warrant) and who may be well-practiced in successfully completing other field sobriety exams, such as walking in a straight line or standing on a single foot. Unlike those types of tests, police say, the nystagmus is a completely involuntary action that intoxicated people cannot control.

Studies conducted in 1995 and 1998 indicate officers who use the standard field sobriety testing – which includes the eye test, the walk-and-turn and the standing on one foot – can correctly identify an impaired driver with 90 percent accuracy. But that’s still a significant margin of error when you’re talking about imposing criminal penalties on people that could affect them for the rest of their lives. The eye test in particular has raised serious concerns.

In general, our Fort Lauderdale DUI defense attorneys recommend against agreeing to participation in any field sobriety test if a person believes he or she is impaired. They are voluntary tests and, unlike refusing to undergo a breathalyzer test upon request, do not fall under the implied consent rule that will result in an automatic license suspension for refusal.

The results will rarely work in a person’s favor, in no small part because many field sobriety tests are subjective. Police officers are not scientists or doctors and the tests they conduct are not performed in controlled environments. There is concern that not all tests are conducted the same way across the board. One doctor who has performed such procedures for decades in order to detect concussions says the nystagmus is difficult to spot an interpret. Further, the training a police officer would receive to do so is likely to be “woefully insufficient.”

Unlike a blood-alcohol test, which gives an exact marker of toxicity, the results of field sobriety tests rely solely on officer observation. Yet, they are given a great deal of weight in court.

However, they are being challenged with increasing frequency. In Kansas, for example, results of such roadside eye exams have never been allowed to be considered as evidence at trial. And in Missouri recently, appellate court justices ruled jurors could only hear the results of such tests if officers strictly adhered to federal guidelines for administering them.

Amid a growing number of challenges at trial, some law enforcement jurisdictions are relying on the tests less and less. But many still do.

Of course, very few investigators would rely solely on this evidence in pressing forward with a DUI charge, but in cases where it is a central piece of the puzzle, defense lawyers may have a good shot at casting sufficient doubt regarding its validity and relevance.