Since pop singer Justin Bieber was arrested in South Florida for DUI recently, it has become apparent that there were some things that the singer did that may not work in his favor with regard to his criminal case. However, there are some things that his DUI defense lawyers will no doubt work to his advantage. 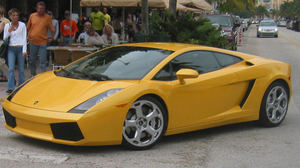 The case is relevant not so much because of Bieber is a relatable celebrity (many would argue the opposite) but because the situation resembles so many others involving young people arrested for DUI.

To start out with, we have these basic facts, as gleaned from the news media’s reporting:

The 19-year-old was allegedly leaving a nightclub in the early morning hours when an officer alleges he spotted the singer illegally drag-racing in a sports car. (The other driver, a rapper, was also stopped and later arrested for DUI.)

The officer who stopped Bieber indicates that upon making verbal contact with him, he immediately noticed a strong smell of alcohol coming from the teen’s breath. He also indicated his eyes appeared glassy, his speech was slurred and he was combative – all of which could be construed as evidence of intoxication.

Initially, it was reported that Bieber failed a breathalyzer test, with his blood-alcohol content measuring 0.04 percent. While that is only half of the 0.08 percent that is considered to reach the intoxication threshold for an adult, Bieber is under-21. That means that for him, the threshold for intoxication behind the wheel is 0.02 percent.

Later reports indicate that his BAC was not 0.04 percent, but rather 0.014 percent – a much lesser degree.

This information helps his case a great deal because not only does it not meet the legal standard, it cuts into the officer’s credibility on the “strong odor of alcohol” observation. Still, his BAC wouldn’t have to meet the legal threshold if the officer had other evidence that Bieber too intoxicated to drive.

And this is where Bieber may have really gone wrong. He reportedly admitted to the officer that he had consumed alcohol as well as marijuana and prescription drugs prior to getting behind the wheel. This is problematic. Toxicology reports did detect the presence of marijuana and Xanax in his system. But because of the way that drugs are processed through the system, the fact that they are present doesn’t necessarily indicate intoxication. Had Bieber not admitted to consuming these substances fairly shortly before driving, the state’s case could have been substantially weakened. His own words, though, will most likely be one of the greatest weapons against him.

And speaking of his own words, officers on scene say Bieber was combative, offering up a profanity-laced rant in protest to his being stopped and asked to exit the vehicle. Not only did this result in a charge of resisting arrest without violence, it further bolstered the officer’s theory of intoxication. Almost always, physically or verbally challenging an officer during a traffic stop will not end well – no matter how rich and famous you are. Usually, the only thing it does is make the officer less inclined to offer you any sort of a break.

Bieber is slated to be arraigned later this month, and is expected to enter not guilty pleas to the three misdemeanor charges pending against him.