Any Florida DUI arrest carries the potential for hefty fines, driving restrictions, possible jail time – to say nothing of the impact it could have on your job, your personal relationships, and your reputation. Even so, the law – and to some extent, society – tends to treat first-time DUI offenders who haven’t hurt anyone as being largely redeemable – so long as you pay your dues, learn from your mistakes, and avoid making them again. However, if you’re arrested for a Florida DUI and it’s your second or subsequent offense, the consequences are suddenly a whole lot steeper. If you’re accused of being a repeat DUI offender is strongly advised to hire a good DUI defense attorney as soon as possible. 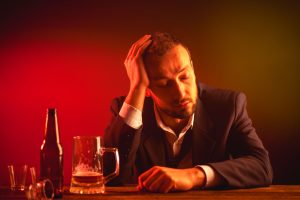 As our Broward DUI defense lawyers can explain, Floridians report a higher-than-average percentage of adult drivers who admit to driving after drinking too much. The Florida Department of Law Enforcement reports more than 29,000 drivers were arrested for DUI offenses in the Sunshine State in 2020 – down slightly from nearly 34,000 in 2019.

It’s estimated 1 in 3 people arrested for DUI in Florida is a “repeat offender” with prior offenses on their record. There are more than 113,000 people in Florida with at least 3 DUIs on their record. There are nearly 12,000 with five or more prior DUI arrests. Some of these individuals still retain their driving rights (though usually with limitations such as to-and-from work and with mandatory ignition interlock devices on their vehicles). Mothers Against Drunk Driving reports at least 300,000 motor vehicle trips every single day in this country involve an impaired driver. Of those, about 4,000 are arrested. Those with prior

The penalties for driving under the influence in Florida increase with every prior offense.

Consequences for Conviction of DUI in Florida – 1,st 2nd, 3rd+ Time Around

If you’ve had prior DUI convictions and are arrested again, you may think you “know the drill.” But you need to be prepared for police and prosecutors to take your case much more seriously. Sentencing guidelines will skew in favor of jail time and stiff fines.

As outlined in F.S. 316.193, penalties for DUI are as follows: END_OF_DOCUMENT_TOKEN_TO_BE_REPLACED