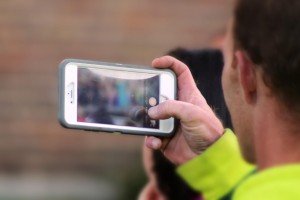 Ahmad Dastjerdi, 55,was found not guilty of third-degree felony stalking in September after leaving about five dozen profanity-laced voicemail messages on his neighbor’s phone. Although the target of those messages stated they made him fear for his safety and that of his family, jurors ascertained after three days of testimony that it amounted only to misdemeanor harassment. He was given the maximum sentence allowable under state law for that charge – 60 days in jail – but he evaded a possible five-year prison sentence with his acquittal on the more serious felony charge.

Now, Dasterjedi is facing similar charges. He is accused of one count of feony aggravated stalking. He was arrested and jailed, but the judge set his bail at $5,000, provided he remains on house arrest with a GPS ankle monitor while he awaits trial. He’ll be allowed to leave his residence for work. He also is not allowed to have access to any weapons and he can’t have any contact with the alleged victim, his former business partner.  END_OF_DOCUMENT_TOKEN_TO_BE_REPLACED