Questions about the mutual combat defense in Florida domestic violence cases arose recently when video surfaced of UFC President Dana White slapping his wife, Anne, at a night club in Mexico on New Year’s Eve – after she slapped him. 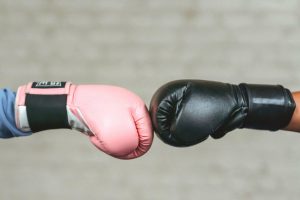 The TMZ video showed the couple in a verbal altercation that turned physical, with Dana pushing Anne’s hand, Anne slapping Dana in the face, and Dana then slapping Anne twice in her face. The two continued to physically struggle with each other until they were separated by third parties. Both released statements after the fact saying nothing like this had ever happened before, they’d both been drinking too much alcohol, and were eager to move on.

Some have called for Dana’s resignation from his prominent public position, while certain media outlets and individual anchors have been criticized for “being soft” or “muted” in their reporting of the incident. But whatever professional consequences there are for what happened, few people are talking about criminal penalties for either spouse. Although domestic violence is illegal in Mexico, it’s unlikely authorities there will issue a warrant and demand extradition of either party here, considering no one was seriously hurt and both parties were aggressive toward each other.

If this same incident had occurred in Florida – and with video evidence, no less – it’s unlikely neither party would walk away with zero consequences. Still, some have asked whether the mutual combat defense may apply.

Although both people involved in a Florida domestic violence case can be arrested for the same incident, F.S. 741.29(4)(b) strongly discourages dual arrests (where both parties are arrested for domestic violence). Instead, as our Fort Lauderdale domestic violence defense lawyers can explain, officers who believe two or more persons may have committed a misdemeanor or felony act of domestic violence are urged to identify the primary aggressor. Even if both people hit each other, the officer is supposed to figure out (usually after the fact, based on he-said-she-said statements) who was more at-fault.

Arrest is the preferred response – for the “primary aggressor” only. If the other person “acts in a reasonable manner to protect or defend oneself or another family or household member from domestic violence,” they should not be arrested. END_OF_DOCUMENT_TOKEN_TO_BE_REPLACED