A Florida domestic violence injunction has the potential to significantly impact the respondent for years to come. An injunction will show up on background checks, impacting your ability to obtain certain types of employment, travel freedoms, clearance for certain government jobs, and your right to own a firearm and ammunition. Any violations are considered criminal and can result in arrest and prosecution. 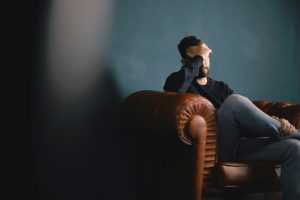 As illustrated in the recent case of Bak v. Bak before Florida’s Fourth District Court of Appeals, fighting for dissolution of a domestic violence injunction can take years – decades, even. But the fact that it’s still worth it to do so even after all those years just goes to further underscore the importance of putting up a strong defense against having them issued in the first place.

The Bak case goes all the way back to the summer of 1999, when the former wife alleged her then-husband was abusive toward her. The judge granted a temporary injunction (which isn’t difficult to obtain in Florida, as it only requires testimony and evidence from the petitioner). A couple weeks later, a permanent injunction was filed, and the pair divorced shortly thereafter.

Thirteen years passed. In 2012, the husband asked the court to have the injunction dissolved, arguing that changed circumstances had made it equitable to do so. As noted by the court, success in this argument would require the moving party to show that the scenario underlying the injunction no longer exists so that continuation of the injunction no longer serves a valid purpose (as pointed out in the 2011 Fla. 1st DCA case of Alkhoury v. Alkhoury). The request was denied. Two years later, he again requested an end to the injunction – and was again denied. In that ruling, the judge cited the ex-wife’s reasonable continuing fear based on the fact that their minor child still lived at her home. Another five years passed. He filed a third request to have the Florida domestic violence injunction dissolved. Again, the trial court denied his request. But instead of accepting this decision as final, he appealed – and prevailed.

According to the 4th DCA, the former husband made a number of compelling arguments, including: END_OF_DOCUMENT_TOKEN_TO_BE_REPLACED