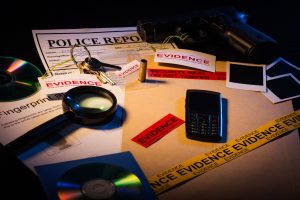 If the prosecution is trying to prove a domestic violence crime specifically under F.S. 741.28, they will need to show the basic elements of the underlying crime (which can include assault, aggravated assault, battery, aggravated battery, sexual assault, sexual battery, stalking, aggravated stalking, kidnapping, false imprisonment or any criminal offense relating to physical injury) AND that the target was a family or household member. A family or household member can mean a spouse, people related to you by blood or marriage, people who reside together as if they are a family (or who have in the past), or someone with whom you share a child. Unless you share a child together, domestic violence can only be established if the defendant and accuser currently live together as a family or had in the past. END_OF_DOCUMENT_TOKEN_TO_BE_REPLACED

Fort Lauderdale criminal defense lawyers know that while the appearance of a defendant shouldn’t matter in a criminal trial, it inevitably does. In fact, it’s relatively standard good practice for criminal defense attorneys to initiate some alteration of one’s looks in preparation for trial. Usually, that’s something as simple as a haircut, a beard trim, wearing glasses, a collared shirt with a tie. We may even instruct them on how to sit at the defense table, where to look and advice on their general demeanor. We do this because the reality is judges and jurors are human, and they formulate quick judgments of a person that can be difficult to set aside, particularly when damaging evidence is presented. It’s tougher to “picture” a clean-cut, sharply-dressed defendant carrying out certain criminal acts than it is for one who is heavily bearded and bedraggled. 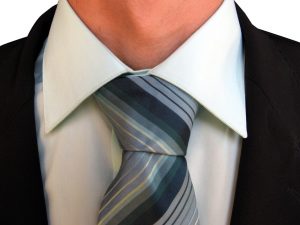 While most appearance changes are subtle, it’s not unheard of for them to be dramatic. Recently, VOX detailed the altered appearance of a New York defendant, identified as a member of a far-right group (labeled a hate group by the Southern Poverty Law Center), who stands accused of participation in a violent assault on leftist protesters. Specifically, he’s accused of body slamming, repeated punching and stomping on a protester. His charges include assault, attempted gang assault, criminal possession of a weapon and rioting.

At his first court appearance, the accused showed up with long hair, a scraggly beard, an orange t-shirt and overalls. Less than a week later, at a second court appearance, he was almost shockingly unrecognizable. His hair was neatly trimmed and slicked back, his beard shaved. He wore a pressed black suit and tie that covered his heavily-tattooed arms and black-rimmed glasses. Although the transformation is startling, it’s one potential jurors won’t ever see. They’ll only ever know him in his new look.  END_OF_DOCUMENT_TOKEN_TO_BE_REPLACED