A Florida probation violation is a serious matter that, depending on the circumstances, can result in reinstatement of the original maximum penalty, which may include years in prison. In fact, one might end up being sentenced to years behind bars for doing something that, had they not been on probation, would have been perfectly legal. 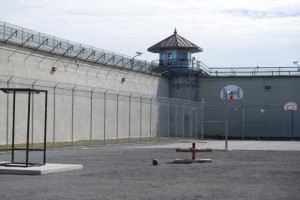 That’s why people tend to take these matters less seriously; they don’t see their offense as being egregious. But the courts can and do often take a very different stance.

Take for example the recent case of Herbert Smith, the 23-year-old Broward County man who was just sentenced to 60 years in prison for driving on a suspended license – a violation of his probation. This was not only much in excess of what defense lawyers were arguing, it was 47 more years than what prosecutors were requesting. According to the South Florida Sun-Sentinel, the stunning sentence has sparked outrage within the community, as family members have garnered 19,000 signatures in a petition to remove Broward Circuit Judge Matthew Destry. However, that’s not how the system works. Judges are elected, and the only way to remove one before an election is via a formal process overseen by the Florida Supreme Court. END_OF_DOCUMENT_TOKEN_TO_BE_REPLACED