A Hollywood man who was reportedly belligerently intoxicated made headlines recently after his domestic violence arrest. He reportedly told officers he should be allowed to “touch my wife any way I want to.” 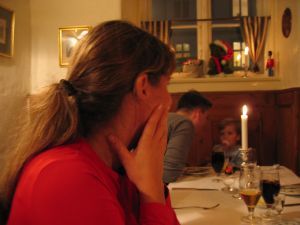 Fort Lauderdale domestic violence defense attorneys understand that as we approach Thanksgiving and on through the rest of the holidays, we’re going to see an uptick in both domestic violence calls and arrests.

The fact is, of course a marriage license doesn’t give anyone the right to be abusive. People tend to say things when they’re impaired that they never would otherwise.

Still, this man’s conversation with police won’t help his case. It’s worth noting this Thanksgiving if you are involved in a family squabble and police are called to arrest you: Don’t say anything. It can be tempting to jump in and try to explain yourself or how the other person has over-reacted. But after your arrest, it isn’t likely to do much good, and it’s probably only going to hurt your case – especially if you’ve been drinking, because you’re liable to say something you don’t mean. Wait for your attorney to clear it up.

According to a recent study on domestic violence arrests, there is a 22 percent increase in calls on Thanksgiving. That increase actually continues steadily throughout the week after the holiday.

On Christmas Day, domestic violence calls are up 17 percent, and on New Year’s Eve, they jump by more than 30 percent.

And it’s not just spouses or intimate partners. It often involves other family members.

There are several explanations for this:

First of all, the holidays are stressful. You are gathering with people you maybe don’t see all that often, and that’s perhaps because you might not like them all that much. Many people feel a sense of obligation to visit with family because it’s tradition, but such gatherings may tend to fuel the flames of old hurts, grudges or resentments. And it’s not usually a quick visit either – it’s hours and hours.

This tends to lead to the second cause of problems during these gatherings, which is alcohol. This is like adding fuel to a grease fire. Some people use it as a coping mechanism, while others simply don’t know their limit.

Thirdly, you have the money elements. Holidays can be expensive. Not only is there a bird, and the stuffing and the other sides and the desserts – but then there’s the travel costs. And it continues from there, immediately with Black Friday. There is a great deal of pressure to spend, and these days, people are still struggling. Given that financial problems are at the root of many family disagreements, it’s not wonder that this element can lead to extra tensions.

It’s important if at all possible to take a step back and remember to relax. Avoid situations you know are going to be tense, and walk away from those that appear to be escalating.

If you are arrested, understand that because it’s a long weekend, you may spend an extra day or two in jail. But make that first phone call to your defense attorney.