Fort Lauderdale domestic violence attorneys know the issue is a growing problem, as evidenced by a recent report by the Sun-Sentinel, indicating that while overall crime rates are down, murders are up dramatically – and it’s due to domestic violence. 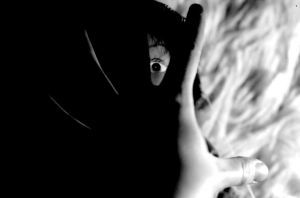 Broward County Sheriff Al Lamberti reported that murders in the county rose an eye-popping 85 percent in the first half of this year compared to last.

The vast majority of those cases, Lamberti said, stemmed from domestic violence.

While we certainly don’t agree with law enforcement on every matter, we do agree with the statement he gave regarding the reasons behind the problem:

After a fatal domestic violence case, people have a tendency to say, “he or she just snapped.” But all too often, there is a lot more going in a troubled relationship that ends in homicide, and there generally are repeated and escalating incidents in prior history.

That’s why when our attorneys take on new clients one of the first things we typically suggest they do is attend counseling and, if necessary, substance abuse treatment. We have found that not only is this viewed favorably by the court, potentially allowing you more leniency in a plea deal or sentencing, you have the opportunity to address underlying problems. This will allow you to hopefully prevent a similar episode from happening in the future.

Our attorneys are dedicated to helping those individuals who are wrongly accused or whose criminal domestic violence charges are inflated and even those for who might carry some of the burden of responsibility for their actions. These are very serious charges, with long-term consequences and the social stigma that comes with conviction. As law enforcement continues its crackdown on household violence, the number of marginal or unfair arrests will also no doubt increase.

Domestic situations have a propensity to quickly spiral out of control, often with both sides acting as aggressors. Still, it is almost always the male half who is arrested.

The majority of these cases will be prosecuted as misdemeanors. Many understand misdemeanors to be not as serious as felony cases, but a conviction on a misdemeanor domestic violence charge can have far reaching consequences.

First, in addition to a possible year in jail, you will likely serve a mandatory minimum of at least 5 days behind bars. After that, you’ll likely be made to endure a 30-week batterer’s intervention program. You will also forfeit any rights to have a firearm while you’re on probation, your concealed weapons permit is going to be revoked and you will never be able to have your criminal record expunged or sealed.

Secondly, because this charge is never blotted from your criminal record, it’s something potential schools, employers and any member of the public will be able to easily look up and find. In some fields, such as primary education or law enforcement, you may be barred entirely from your career field, as such convictions are seen as a moral deficiency.

The best way you can avoid this is to avoid a conviction.

One technique that our attorneys sometimes employ to do this is to facilitate a victim outreach.

Many alleged victims regret that the situation has gotten to the point it has, and have no real desire to move forward with the case anyway. In some cases, they may wish to reconcile. However, the court may bar the defendant from contacting the alleged victims. Having your defense attorney do it for you can sometimes result in agreements to drop the charges. It’s important to note that domestic violence victims themselves don’t have the power to drop a case – only prosecutors do. However, if a victim refuses to cooperate, it can make proving that case much tougher.