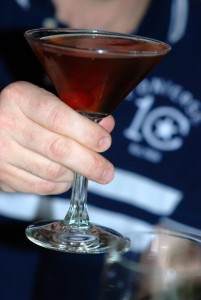 It’s important for our Fort Lauderdale DUI defense lawyers to stop here and point out that, contrary to what many people think, it’s not illegal to drink alcohol before getting behind the wheel of a car. What is illegal is to drive impaired or intoxicated. To define intoxication, we look to F.S. 316.193.

The statute says that a driver can be deemed intoxicated by one of three methods:

Authorities in this case are considering DUI manslaughter charges against Decaro. If convicted on that charge, he would face a minimum mandatory four years in prison. However, if authorities could not prove he was intoxicated, he might simply be cited for some offense like careless driving, which is a moving violation.

An attorney for Decaro told the Sun-Sentinel his client had cooperated fully with investigators, remaining on the scene after the crash and voluntarily providing a blood test sample. Troopers are awaiting the results of those tests.

If it turns out that Decaro’s blood-alcohol level was less than 0.08, he could still technically be charged with DUI manslaughter – but it would make the prosecution’s case a whole lot harder. A trooper did assert that Decaro’s eyes were glassy and bloodshot and that he smelled of alcohol when he spoke. Technically, one can be impaired with having a 0.08 blood-alcohol level, but that determination would be made by a jury weighing all relevant evidence. The trooper’s observation would simply be one part of that.

A case like this, which has profound implications for all involved, should only be handled by a defense team with extensive experience in Florida DUI law.