Makers of a device called the “Breathometer” promised that their product could help drinkers determine when they’d had too much to drive. 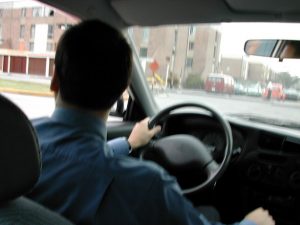 The product concept was first pitched on the television show, “Shark Tank,” and it involved an app-supported smartphone device that would help consumers make smarter decisions about whether to refrain from driving after consuming alcohol. By breathing into the app device attached to their phone, users would be able to tell whether they were over the legal limit of 0.08 alcohol concentration.

However, the Federal Trade Commission recently slammed the company, ultimately negotiating a settlement, amid charges the device didn’t actually work as promised. Specifically where the FTC was concerned, the company lacked the scientific evidence to support the claims made in advertising.

As part of the settlement, the company’s founder and chief executive officer is prohibited from making any future claims as to the accuracy of this device without first ensuring it has undergone rigorous testing to support those claims. Of course, that’s what should have happened in the first place. The product maker will be required to notify all customers of the issue, and pay full refunds to those who made a purchase.

A statement released by FTC’s Bureau of Consumer Protection noted, the company’s overstatement of the accuracy of this product was not just deceptive advertising, it was potentially dangerous. As the agency noted, people were relying on this device in making a critical safety decision – whether to get behind the wheel of a car. More than $5 million worth of these devices were sold between $50 and $100 a pop. People were making an investment so they could make sure they were drinking responsibly.

Manufacturers promised the device could accurately calculate a person’s blood-alcohol concentration from 0.0 to 0.25. The legal limit is 0.08. However, despite claims that the device had “law enforcement grade” technology, independent testing showed the devices often returned faulty results – showing people’s BAC was far less than what it actually was.

The FTC made no mention of whether any DUI accidents or DUI arrests were connected to sales of this product, but that’s certainly a possibility.

Reliance on this kind of technology is not going to be an adequate criminal defense in court because drivers are still expected not to get behind the wheel under the influence of any substance. There is no provision of F.S. 316.193 that references a driver’s reasonable belief that he or she wasn’t impaired. The statute is simply: Either you were, or you weren’t.

So while these consumers are to be commended for taking action to help reduce the chances of being arrested for DUI, the case is a cautionary tale for those who promise devices that can detect alcohol impairment.

A first-time DUI arrest in Florida – assuming no one was injured and there was no property damage – can result in penalties of up to six months in jail, a fine of between $500 and $1,000 and probation. Judges have discretion in deciding whether to impose use of an interlock ignition device on one’s car that will block the vehicle from starting if the driver fails a breathalyzer test. However, the device becomes mandatory upon the second offense.