Florida Senate committee members unanimously voted on a measure that would eliminate mandatory minimum sentences in 118 crimes where such requirements currently exist. Members of the Senate Criminal Justice Committee say mandatory minimum sentencing guidelines, a holdover from all those “tough-on-crime” initiatives, passed SB 290, which gives judges more discretion in sentencing on non-violent offenses (save for drug trafficking). 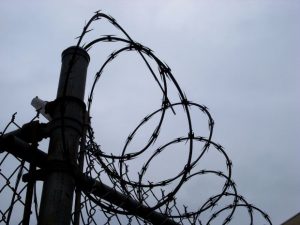 The decision came as lawmakers noted that thousands of people are being locked up in the state every year for decades-long sentences that are costing taxpayers an inordinate amount of money, ruining lives and doing very little to keep anyone safe in the long-run. In fact, these efforts may be counter-intuitive to public safety because they leave those hemmed up in the system with very few resources or supports once released after spending a much of their life in prison.

Take for example the case of a woman serving a 25-year sentence at the Homestead Correctional Institution for selling less than 40 pills in exchange for $300. Minimum mandatory sentencing guidelines required the judge to impose the maximum penalty of 25 years. She won’t be released until 2023. By then, her incarceration will have cost taxpayers more than $450,000.

What SB 290 does is aim to divert people from prison – more than 1,000 annually – which could help save the state more than $130 million a year. Additionally, the measure would revive the Florida Sentencing Commission, which was axed in 1997 after 15 years in existence. However, the scope of its authority will be limited to determining severity ranking of each offense, which will be used to determine how long the sentence would be.

The bigger point, though, is that the judge will have discretion. If this measure ultimately passes in both the Florida House and Senate (a similar measure is being considered by the state House), judges will have the ability to decide what is fair given the totality of the circumstances. They will not be bound by an arbitrary, hard-line rule.

This will make having an experienced criminal defense attorney all the more important. Although minimum mandatory sentences meant defense lawyers were largely focused on avoiding convictions at all costs (and for the most part, that should still be the goal), they were often powerless to do much but appeal once a conviction was handed down. Minimum mandatory sentencing guidelines meant there was little if any room to ask for leniency due to mitigating circumstances. If a conviction was handed down, the judge’s hands were tied. Successful appeals in criminal cases are an uphill battle typically only won on legal technicalities. At least when a judge has discretion, there is a better chance the sentence will be more reflective of the actual crime. There is certainly more of an opportunity for defense lawyers to make a powerful case for mercy.

Although it’s not clear at this point what the odds are of this measure actually passing, one encouraging aspect of it is that both Democrats and Republicans are supportive of it. That could bode well as the bill moves its way through the legislature, and hopefully to the desk of the governor.