In November, a Broward County Sheriff’s Office crime lab analyst being investigated for missing drugs resigned. That was almost two years after discrepancies arose with regard to the amount of cocaine evidence she had been working on. When the office came up 0.4 grams short, an independent analyst was asked to re-check her work. By then, the amount had shrunk by 5 grams. Then a random sampling of her work was done, and it was discovered one was off by 12 grams. Her supervisor was forced to resign. 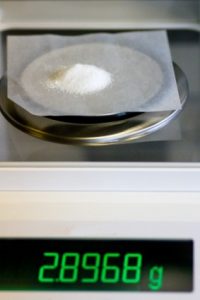 Now, with questions raised about the 5,800+ drug cases she worked during her nine-year tenure at the agency, the Broward New Times is taking a closer look at what it alleges were lax policies and poor oversight at the crime lab.

This is potentially a big deal, as it could result in thousands of Broward drug cases either being reopened or thrown out completely. A few grams may not seem like a major deal, but when it comes to criminal prosecutions, it is significant because it could mean the difference between a misdemeanor and a felony, a few months in prison versus several years.

The analyst, Kelli McDonald, was reassigned while the state attorney’s office and the BSO’s internal affairs division investigated, but McDonald resigned in November. However, that didn’t end the probes, which are still ongoing. If she is found to have committed misconduct or arrested, it could affect thousands of criminal cases. That’s because this kind of evidence is often critical in criminal cases. If her evidence – and her testimony – can’t be trusted, some of these cases could crumble.

McDonald, in her letter of resignation, denied any wrongdoing, insisting she obeyed all laws and internal policies.

In a recent sworn deposition, her former supervisor testified that the issues arising with McDonald’s work were not the result of “outright misconduct,” but rather of general sloppiness. He noted that if someone wanted to swipe the drugs, they could do it before weighing the drugs and then, “likely never get caught.” Of course, that raises all sorts of questions about the kinds of internal controls in these labs in the first place.

The Broward Public Defender’s Office is asserting that flaws in the lab’s management are systemic and troubling. The former manager claimed the lab was severely underfunded, staffing levels were not adequate and employees struggled with overwhelming stress. He told investigators the lab had gotten so bogged down with cases, he asked to “triage” the most important ones so that he could ensure they were processed faster. His request was turned down. The lab lacked the resources and the staff to properly analyze every single case.

This in and of itself raises a number of questions as well as to the accuracy of the evidence the lab has analyzed.

The former boss said that there were no cameras in the lab monitoring area. He stated that while there were some safeguards to prevent false chemical testing, weight discrepancies wouldn’t be detected unless the researcher chose to reweigh the drug – and that likely isn’t happening because of the time pressure.

There are at least 30 open cases for which McDonald’s evidence is central, and defense lawyers are asking those cases be dismissed. As far as the remaining cases, it will depend on the outcome of the ongoing investigation.