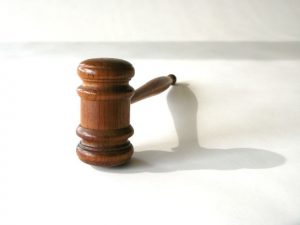 Recently in Escambia County, Florida’s First District Court of Appeal upheld a 15-year prison sentence for a man convicted of a 2013 crash that resulted in the death of a passenger. Defendant was convicted of DUI manslaughter, which under F.S. 316.193 carries a maximum penalty of 15 years, as it is a second-degree felony. The fact that he was also convicted of DUI property damage meant that his sentence was longer than most for first-time offenders, though the judge did allow him to serve these terms concurrently (at the same time) rather than consecutively (back-to-back).

According to NorthEscambia.com, defendant had a blood-alcohol concentration of 0.196, more than twice the legal limit of 0.08, when he reportedly pulled out in front of an 18-wheeler truck on the highway. Although he was making a right turn on red at the intersection, the truck had the green light and defendant did not have a green arrow turn signal. The truck was traveling approximately 45 mph. Defendant’s passenger was declared dead at the scene.

In his appeal, defendant argued:

We must point out that appellate courts will not re-weigh the evidence or hold a brand new trial (unless evidence has been newly-discovered that would have made a difference in the outcome of the trial). Instead, justices will look closely at the transcripts from the trial and the trial process to ascertain whether a legal error was made. From there, they will make a ruling on your appeal.

Appeals are not easy to win, but neither are they impossible. Having an experienced lawyer is imperative. If you are interested in exploring whether your case is ripe for appeal, contact a Fort Lauderdale DUI defense attorney as soon as possible.