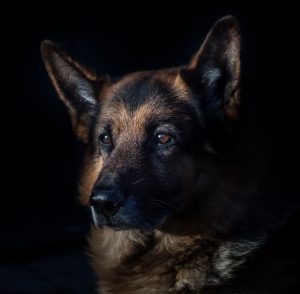 In several previous cases the court has considered that involved drug-sniffing dogs, the court has generally come down on the side of law enforcement – but one Florida case seemed to flip the script.

In the 1983 case of U.S. v. Place, the court ruled a trained, drug-sniffing police dog is allowed to sniff the suitcase of a suspect without violating one’s 4th Amendment right against unreasonable search and seizure. In that matter, the court held that the sniff of a dog who is trained solely to alert to the absence or presence of some type of contraband is not overly broad or intrusive.

Then in the 2005 case of Illinois v. Caballes, the SCOTUs ruled that traffic officer could dispatch a trained narcotics dog inside a vehicle without violating the Second Amendment, adding one has not reason to expect privacy for possession of contraband, which is the only fact a trained dog outside the vehicle might expose.

In general, the court has stuck with the philosophy that so  long as a measure of investigation involves exacting exposure of guilty fact pertaining to one’s property and involved minimal intrusion to privacy or property, it’s been considered fair game.

Then came an unexpected shift with the 2013 ruling in Florida v. Jardines. The court held police crossed the 4th Amendment line when a narcotics canine was brought to the residence of a suspect and alerted to smells. Justices wrote in review of that matter that trained law enforcement K-9’s should be legally treated like a piece of technology. Previous cases have established that if police are using technology that is not typically available to the general public to determine what is going on inside a home, that amounts to a “search” under Constitutional 4th Amendment provisions, for which a warrant then would be needed. The issue, wrote Justice Antonin Scalia, was not so much the dog but that an average person would likely be justified in alarm if someone unknown to them approached their front door and started sniffing on the stoop. Police who don’t have a warrant are expected to abide by the general code of conduct one might expect of any unknown visitor or solicitor (i.e., walk up, knock, wait a short while, leave if no one responds and enter only when given permission to do so). Action outside this accepted course is considered a “search” for the sake of the 4th Amendment.

Will Sniff Searches Be Snuffed?

Fort Lauderdale criminal defense attorneys know it’s unlikely this case’s interpretation would venture into interpretation of K-9 narcotic units in every instance. They are still commonly used in traffic stops, in school locker searches and other places where individuals lack a reasonable expectation of privacy. Private residences, though are treated differently under the law because that is where a person has the highest expectation of privacy.

In the Edstrom case, authorities brought a trained drug-sniffing dog into the apartment hallway of a suspect without a warrant, using his alert of narcotics to obtain a warrant and conduct a search, resulting in arrest. Defendant argued this was a violation of his 4th Amendment rights. The trial court disagreed, the appellate court reversed and then the state supreme court reversed again, agreeing with the trial court this was not a violation.

A recent Washington Post opinion written by a long-time criminal justice reporter notes concern that if the SCOTUS decides to review the case, it’s not clear how likely justices are to consider the high rate of error of trained narcotics dogs, as noted in several studies (cited in the piece). Some of this is the result of either cued alerts – intentional or unintentional – from their handler. Dogs can be taught to disregard these types of cues and also to ignore only trace amounts of an illicit substance – but, as the writer opines, “Police departments don’t want their dogs trained that way… they want dogs that will err on the side of alerting.”

Having a solid criminal defense attorney on your side means you have someone there to fight for suppression of any such evidence gained by violation of your 4th Amendment rights.