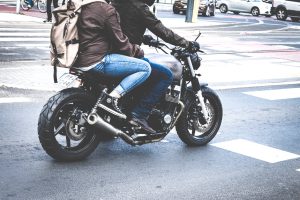 Nothing about Senate Res. 154 creates any hard-and-fast laws pertaining to motorcycle riders or motorcycle profiling. However, what it does is urge law enforcement agencies to reconsider their policies with regard to traffic stops involving motorcyclists and adopt training and directives to put a stop to discriminatory practices by patrol officers. Basically, the resolution indicates that people traveling on motorcycles should be treated the same as any other motorist moving through traffic. As reported by The Drive, a recent survey of motorcyclists said that at some point in the last two decades, they felt they had been targeted and profiled by law enforcement at least once for riding a motorcycle.

The VP of Government Relations for the American Motorcyclist Association lauded the resolution as bringing us one step closer to halting the practice of motorcycle profiling. Lawmakers noted that passing a law banning motorcycle profiling would likely be difficult, though they did in 2015 pass a measure that prohibited any federal dollars for the purpose of motorcycle-only checkpoints.

What Are My Rights in a Florida Motorcycle Traffic Stop

You will be expected to identify yourself to a law enforcement officer in Florida if stopped for a traffic violation or on suspicion of a crime. Always keep your hands in a place where the officer can see them.

You are not required to allow officers to search you or your motorcycle. Officers do have the right to search you if they suspect you have a weapon.. It’s important that you not physically resist them or run, but you can state out loud that you are not consenting to the search. (Your defense lawyer will explain that consenting to a search can hurt you later in court, as the findings of that search likely can’t be suppressed when there was consent to search, as opposed to when consent was denied.)

If you are arrested, it is generally a good idea to be vocal about your intention to remain silent and to immediately request a lawyer. You’ll be allowed at least one phone call, and this should be to your attorney, as such a call will not be monitored (unless you consent to it, which is generally inadvisable). It’s a good idea to travel with the name and telephone number of a trusted criminal defense/traffic violation defense attorney in Fort Lauderdale in your back pocket, along with your insurance card.

None of this is a substitute for legal advice, but rather is for general information purposes.