Earlier this year, prosecutors in Broward County filed charges against a man who allegedly caused a New Year’s Day crash in Fort Lauderdale that killed a teenager. However, despite there being no breath or blood evidence, prosecutors still chose to file a charge of DUI manslaughter. How can this be? 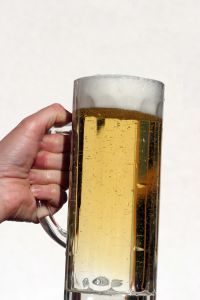 For the answer, we look to F.S. 316.193, Florida’s DUI statute. In order to prove a defendant was driving under the influence, prosecutors need to show the individual was driving or in control of a motor vehicle and that they also met one of the following criteria:

It is that last provision on which prosecutors are hanging their hat in this case.

As our Fort Lauderdale DUI defense attorneys can explain, proving a person is “under the influence” involves the presentation of circumstantial evidence. While Florida has an implied consent law – wherein it is implied you will consent to alcohol or drug testing if it is requested with probable cause by law enforcement – it will not automatically mean conviction of a DUI if you do not. It will result in an automatic one-year license suspension and prosecutors can use your refusal in court. However, refusal doesn’t necessarily equal guilt.

Some kinds of circumstantial evidence prosecutors could use in a case like this would include:

In this case, according to The Miami Herald, defendant is accused of striking a teen who was riding his bicycle on South Powerline Road in Fort Lauderdale on New Year’s Day. The 19-year-old boy was killed. Defendant is accused of fleeing the scene. Authorities tracked him down some three hours later at his home. However, too much time had elapsed to draw accurate blood evidence. Despite this, a traffic homicide investigator noted suspect still smelled of alcohol, and that his speech was slow, he had trouble answering questions and repeated himself continually.

Additionally, the person with whom suspect had been spending the day reportedly told police they had been drinking from around noon to shortly before the crash, which occurred around 8:40 p.m. Bartenders at a local establishment in Boca Raton recounted defendant consumed at least two alcoholic drinks and four shots of liquor. There is also surveillance video from a local gas station where defendant is alleged to have stopped shortly after the crash. It shows the vehicle with a smashed windshield. Clerks at the gas station reported defendant was unsteady on his feet, and one told investigators defendant admitted he was drunk. Authorities also gathered receipts from a local strip club, where surveillance video shows him to be drinking a beverage shortly before the crash.

It should be noted that leaving the scene of a fatal crash in and of itself carries a minimum mandatory four year sentence, in line with that of DUI manslaughter.