The U.S. Supreme Court has ruled that in most cases, if a police officer wishes to draw a blood sample and does not have your consent, a warrant must first be obtained. 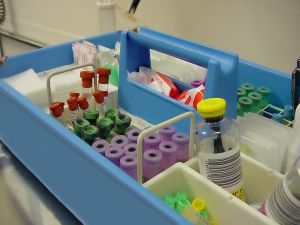 Our Broward DUI attorneys know that this is a significant victory for individual rights, as the justices ruled that such action would be unconstitutional, per the portion of the Fourth Amendment that protects against unreasonable searches and seizures.

Law enforcement in this case, Missouri v. McNeely, had attempted to argue that the natural dissipation of alcohol in the blood stream was enough to circumvent normal procedure and initiate a blood draw without a warrant.

That reasoning did not fly with the majority of the justices, who ruled 5-4 in favor of the defendant.

An officer had stopped him for speeding and driving left of center. The defendant refused to take a breathalyzer test and also refused consent to a blood draw. Although this officer had no issues in the past quickly obtaining a warrant, he decided to skip it this time, instead transporting the defendant straight to the hospital to have a sample drawn. The defendant was handcuffed the entire time and did not consent to the procedure.

The fact that the defendant’s blood-alcohol level was well above the legal limit was found to be beside the point. The bigger issue was the denial of due process.

The justices found that in routine DUI stops, there is no reason why law enforcement officers shouldn’t be expected to first obtain a warrant if the defendant does not consent to the invasive blood draw procedure. The exception would be if there was an emergency situation in which the delay necessary to get a warrant would result in the significant and irreversible destruction of evidence. The fact that alcohol naturally dissipates in a person’s system is not reason enough to forgo the effort to get a warrant.

Now, it’s not all that difficult for law enforcement officials investigating a DUI to obtain a warrant for a blood draw. A lot of times, the entire request can be processed and granted right from the patrol car. So the justices ruled that the procedure is not such a hindrance that it poses significant delay that could result in scores of DUI defendants walking free for lack of evidence.

Further, the court pointed out there are already stiff penalties in place for those who refuse to undergo breathalyzer tests. These are known as implied consent laws, and all 50 states have them. In Florida, if you refuse to submit to a breathalyzer test, you will incur an automatic 18-month suspension on your license. You will also face a misdemeanor charge and the possibility of jail time.

It’s worth noting that if you consent to have a blood sample drawn, the officer is not required to obtain a warrant. So if you have been drinking prior to the traffic stop, you may want to carefully consider whether you should offer consent. Not giving it doesn’t guarantee the officer won’t get a warrant and take it anyway, but it could provide a potential for a strong defense in court if the officer does not obtain a warrant, as is now required.