When it comes to domestic violence arrests and prosecutions, the State of Florida does not discriminate or give a pass to those in same-sex relationships. F.S. 741.28 defines domestic violence as any assault, battery, sexual violence, stalking, kidnapping or false imprisonment involving a family or household member by another. The law expressly states this is to be interpreted to include spouses, former spouses, persons related by blood or marriage, people living together as if they are a family or have in the past or those who have a child together, regardless of whether they were ever married or not. Florida was one of the first states to establish precedence in case law ensuring civil protection orders would be available in LGBTQ relationships. 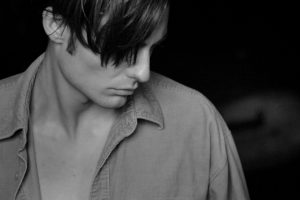 Fort Lauderdale domestic violence defense attorneys know this is not to say it hasn’t been something with which law enforcement here hasn’t struggled to an extent; The Department of Children and Families has had to expressly identify gay men and lesbian women as a special population with unique needs that may require tailored responses from responding authorities. But despite the U.S. Supreme Court’s 2015 ruling the 14th Amendment guaranteeing same-sex couples the right to a legally-recognized marriage in each state, some regions of the country are still grappling with how to align this with narrow criminal statutes that in some cases were written with the intention to delegitimize these relationships. When there is conflict or alleged violence in LGBTQ relationships, it can lead to confusion for all parties about their rights and where things stand.

In South Carolina, one of just three states noted by the American Bar Association’s Commission on Domestic Violence to expressly exclude same-sex couples from obtaining civil protection orders against one another, prosecutors are considering bypassing a series of magistrate rulings dismissing domestic violence charges involving gay and lesbian couples for lack of probable cause. The magistrates, all from the same county, cite state law defining a “couple” as consisting solely of one man and one woman. That state law was struck down as unconstitutional in 2017, and affirmed in a state attorney general’s opinion earlier this year, clarifying prosecutors were permitted to pursue criminal charges for domestic violence involving homosexual couples. Local media reports at least half a dozen domestic violence charge dismissals. However, prosecutors have the option to file indictments directly with state circuit.

In Florida, analysis by the University of South Florida revealed prevalence of domestic partner violence is the same if not higher than those involving married couples.

Although Florida does allow civil orders of protection in a same-sex intimate partner relationships, Fort Lauderdale domestic violence attorneys can that explain criminal charges are limited – just as they are for heterosexual couples – two individuals who either lived together or once did, with the only exception is if you have a child in common. That doesn’t individuals who aren’t married and never lived together can’t face charges for alleged violence inflicted on one another. However, it will be charged instead as “battery” or “assault” or “stalking” – whichever is applicable without the domestic violence element attached. Those charges can be just as serious in terms of potential jail or prison time. The main difference is the burdens imposed by the civil protection order in domestic violence cases, which include revocation of firearm rights, among others. Those convicted of domestic violence offenses may also be expressly barred from certain careers.

An experienced criminal defense attorney in Fort Lauderdale can help protect your rights if you are accused.

What Rights Do I Have as an LGBT Victim of Domestic Violence? The National LGBT Bar Association