DUI checkpoints occur nearly every day across the country, and up to several times a week in Florida. While some states refuse to allow them, sobriety checkpoints have been deemed constitutional by the U.S. Supreme Court and the Florida Supreme Court. Still, they continue to raise the ire of some drivers who insist they are an infringement on their liberties.

It was in this vein that a series of complied videos shot in recent Florida checkpoints went viral.

The clips show drivers approaching a DUI checkpoint. Each have a document placed in a clear, sealed bag outside that hangs outside their driver’s side window. 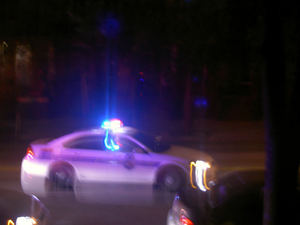 The document has the following text: “I remain silent. No searches. I want my lawyer.” The sign further instructs officers to place any citation under the windshield wiper. As the driver is neither required to sign a ticket or physically hand the officer his or her license, the note instructs officers the driver will not roll down the window. However, the paper does indicate, “I will comply with clearly-stated lawful orders.”

In each case, the officers carefully read the contents of the bag, then allow the driver to continue on.

The video has been viewed some 2 million times on YouTube, causing some to question whether this is an instruction manual for how to evade a drunk driving charge.

Our Fort Lauderdale DUI defense attorneys know there is nothing inherently illegal about what these drivers are doing. The problem is if a driver were drunk or had been drinking, an action like this would most likely garner additional (unwanted) attention from police.

This is particularly true as sheriffs from across the state were pressed on this issue.

For example, Lee County Sheriff Mike Scott responded, “I challenge him to please come to Lee County… He’ll go to jail.” A similar assertion was made by Pinellas County Sheriff Bob Gualtieri. “Try it in Pinellas and you’ll be arrested,” he said.

The sheriffs are basing the threat of arrest on the idea that failure to allow a deputy to assess a driver is obstruction of justice. Scott additionally stated that because most car windows are tinted to a degree, this might “pose a threat to officer safety.”

These assertions might be a stretch to prove in court, particularly absent any other evidence of wrongdoing by the driver. However, it would depend on the individual circumstance, and it may not stop the officer from making an arrest.

The Pasco County Sheriff’s Office sent out a more realistic internal notice to deputies. It informed of the video and offered instruction from the agency’s general counsel, stating a deputy who observes something like an open container, drugs in plain view or erratic driving could lawfully request an individual to open the window and step out, regardless of whatever the sign indicated.

A spokesman with the Florida Highway Patrol reiterated the goal of a sobriety checkpoint is not to violate rights, but rather to thin the road of drunk drivers. Even if the windows are up, the spokesman said, troopers will still be able to spot the signs of impairment.

And that’s why these methods of avoidance aren’t necessarily fool-proof. For those who may have had too much to drink, a move like this may only serve to draw greater attention to yourself.

If you are stopped at a DUI checkpoint, it is good to be mindful of your rights. While Implied consent laws mean you will face penalties if you refuse a request to submit to a blood-alcohol breath test, you will not be punished for declining to undergo field sobriety tests. You also have the right to talk to a lawyer before answering any questions, and you should always avail yourself of that right if you are arrested.