In a move that could have sweeping effects on a broad range of criminal defendants, lawmakers in Florida are weighing a move to broaden protections for unborn children. What’s more, unlike many other similar measures, pro-choice advocates seem unlikely to fight the action, which means its chances of approval are much higher. 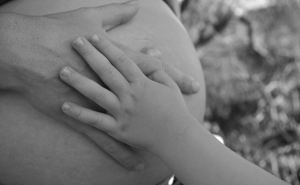 The new law would make it a separate crime to cause injury or death to an unborn child – regardless of the fetus’ stage of development.

Fort Lauderdale criminal defense attorneys know this could end up resulting in major complexities and complications in cases ranging from allegations of DUI to domestic violence.

As it is currently written, Florida law makes it illegal to cause or contribute to the death of an “unborn quick child.” That means that the fetus could potentially live outside the womb, were it to be born at the time of the incident.

Florida Statute 782.09 holds that any person other than the mother who unlawfully kills an unborn quick child as a result of injury to the mother can be charged with anything from manslaughter to capital murder, depending on the circumstances.

However, what this new measure seeks to accomplish is to encompass involvement in the loss of pregnancy at any stage.

There are a number of reasons why this could be a potential problem. First of all, miscarriage and stillbirth in a pregnancy can happen for all sorts of reasons, and they may have nothing to do with external factors. This is especially true very early on in one’s pregnancy. Sometimes, even doctors are unable to provide an explanation as to why a fetus was lost.

Let’s say that a miscarriage were to coincide with a car accident or an incident of domestic violence. What proof would need to be shown to indicate that the loss of the fetus’s life was the result of the incident and would not have occurred anyway?

The way vehicular homicide law is currently written under Florida Statute 782.01, it is only the loss of a viable fetus by the reckless operation of a motor vehicle that can result in a second-degree felony charge, punishable by up to 15 years in prison. The new law would make proof of viability no longer an issue, meaning we would likely see far more convictions in these cases.

Further, if knowledge of the pregnancy by either party would no longer be a requirement for criminal prosecution, what will that mean in cases of aggravated battery, as defined in Florida Statute 784.045? Currently, the law hold that a person may be charged with aggravated battery (as opposed to just battery) if the alleged victim in the case was pregnant at the time of the offense and the defendant either knew or should have known about the pregnancy. This charge does not require that the fetus in question be at a certain point of viability, but the defendant’s knowledge of the pregnancy is key. Aggravated battery on a pregnant victim is also a second-degree felony.

Legislators have yet to fill in all the blanks.

This will be the ninth time that such a measure has been introduced by Florida lawmakers. Each previous occasion it was not met with success. The most recent version passed the House last year, but failed to gain a foothold in the state Senate.

Lawmakers are pointing to a case out of Leon County, in which the ex-boyfriend of a woman who was 21 weeks pregnant shot and killed her, and by proxy, the fetus. He is charged with her murder, but not that of the baby. That’s the kind of loophole lawmakers say they want to close.

However, there could be a host of unintended consequences.