December is best known for all its holidays, but it’s also associated with a spike in certain types of crime. According to the National Crime Victimization Survey, crimes that see an uptick during “the most wonderful time of the year”: 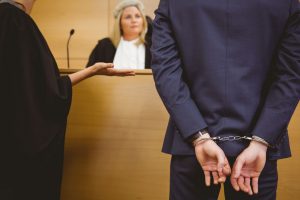 The seasonality of crime trends has been studied for decades, with some studies finding clear patterns and others finding the link more ambiguous. Theft crimes in particular shoot up right around the holidays, climbing in some regions by a full 20 percent. Violent crimes, such as murder and sexual assault, tend not to follow this same pattern. Incidents of domestic violence, however, do slightly increase, probably because folks are spending more time at home.

As our Fort Lauderdale criminal defense lawyers can explain, several of these crimes could be charged as felonies, depending on the individual facts of the case and the degree to which alleged victims are affected. Even misdemeanor crimes, though, can have a substantial impact on your future, potentially limiting your housing and employment options. Further, because criminal convictions and other history are public, such charges may impact your personal life, including personal relationships, child custody, and immigration status. Investing in the help of an experienced criminal defense lawyer to help minimize the affect is not just about the short-term concerns of impending jail time, but what that conviction could mean for you years down the road.

Here, we take a closer look at the crimes most common in December, and possible defense tactics that can minimize the impact of such charges on your life.

Shoplifting. Florida doesn’t have a specific statute for “shoplifting,” so such offenses are typically prosecuted under the state’s theft law, F.S. 812.014. For the most part, first-time offenders are charged with a second-degree misdemeanor, which can result in a sentence of up to two months in jail. A second-time shoplifting offense can result in a first-degree misdemeanor, punishable by up to 1 year in jail, 1 year of probation and/or a maximum $1,000 fine. However, this only applies if the value of stolen goods was less than $750. If the value of the property stolen is more than that, you could be charged with a third-degree felony, which carries a prison term of up to five years and fines of up to $5,000. If the value exceeds $20,000, one could be facing a grand theft charges, which could result in a sentence of up to 30 years, but this is rarely applicable to shoplifting charges. As for defense, it should be noted that most large retailers rarely if ever simply drop shoplifting charges without the case going to court. It’s their position that being stalwart in these prosecutions helps to deter future thefts. Potential defenses include misunderstanding (a child accidentally took something), an item ended up in your bag without knowledge, or you did attempt to pay and the item wasn’t rung up. Even if the charges can’t be overcome completely, we may be able to negotiate lower charges and reduced sentencing.

Identity theft. The holidays create increased opportunities for identity theft, particularly given that digital transactions are now the default. Identity theft is a form of fraud, and Florida is No. 2 for identity theft complaints in the U.S. Most identity theft involves the unlawful taking, receiving, or possessing of another person’s information for the purpose of using that information for fraudulent activity. Such charges are serious and carry substantial consequences. Most identity theft in Florida is charged under F.S. 817.568, which is criminal use of personal identification information. You cannot willfully and without authorization fraudulently use, or possess with intent to fraudulently use, someone’s personal ID info without their consent. This is typically charged as a third-degree felony, punishable by up to five years in prison and a $5,000 fine. Harsher penalties can be imposed if more than 10 people were involved or the amount stolen exceeds $5,000. If you’re charged under federal law (specifically 18 U.S.C. 1028), one could be facing between 5 and 30 years in federal prison. If you’re fighting a Florida identity theft charge, an experienced criminal defense lawyer can: Convince the government to drop charges based on exposed weaknesses in the prosecution’s case; Use experienced forensic and financial investigators to determine if others had access to the information stolen; identify whether witnesses testifying against our client have struck a deal with prosecutors; analyze the strength of provable evidence our client had the requisite criminal intent.

Domestic violence. These offenses encompass any assault, aggravated assault, battery, aggravated battery, sexual assault, sexual battery, stalking, kidnapping, or false imprisonment wherein the defendant is a family member, household member, romantic partner, former romantic partner, or co-parent to the victim. It’s typically charged as a first-degree misdemeanor (the highest level of misdemeanor, punishable by up to 1 year in jail and 1 year of probation and a fine of up to $1,000). However, it can be charged as a felony, particularly if the alleged victim was seriously hurt, this is a repeat offense, or a weapon was used. A conviction for domestic violence can have very serious implications for your future. Seeking immediate legal counsel is your best hope of not facing the most significant of these penalties. We may defend against a Florida domestic violence charge by pointing to factual disputes, self defense/defense of others, lack of credibility by alleged victim, mutual combat/consensual confrontation, or a general lack of corroborating evidence.

DUI. Christmas and New Year’s Eve are among the annual holidays in which driving under the influence incidents and arrests spike. F.S. 316.193 prohibits driving under the influence of alcohol or drugs (to the extent one’s normal faculties are impaired) or while having a blood/breath alcohol concentration of 0.08 or higher. A first-time conviction is a misdemeanor for which you can be sentenced to up to 6 months in jail, a fine of $1,000 and administrative penalties like installation of an ignition interlock device and license suspension. More serious charges apply for second or subsequent offenses as well as incidents wherein someone was hurt or property was damaged. A solid criminal defense lawyer can help minimize the worst of these consequences. We can challenge the biological/scientific evidence, point out flaws in the way field sobriety tests were administered, argue that our client was in fact in possession of their normal faculties, or move to suppress evidence that was unlawfully gleaned.

If you are arrested in Fort Lauderdale, our Broward criminal defense attorneys work to protect your rights and advocate for your best interests – in December and every other month of the year.