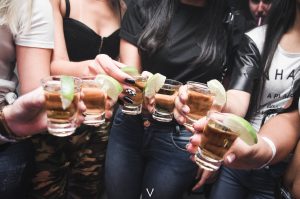 Recently, R&B singer Marcus Cooper, Florida native, member of the hip-hop group Pretty Ricky and reality show cast Love & Hip Hop: Miami, made headlines for a recent birthday DUI arrest in Miami Beach. Vibe Magazine reported a Miami Beach police officer clocked Cooper’s SUV speed at 100 mph in a 45 mph lane around 3:45 a.m. The officer alleged he witnessed the driver, later identified as Cooper, swerving and coming dangerously close to a collision with another vehicle. Interestingly despite this account, the officer officially cited the dark tint on the vehicle’s windows as the reasonable cause for initiating the traffic stop. The singer agreed to undergo a field sobriety test (which, side note, is not required by state law the way chemical alcohol and drug testing is under F.S. 316.1932, Florida’s implied consent statute). The officer reported the singer’s bloodshot eyes, slurred speech and comment that he’d been “partying for his birthday.” Defendant allegedly blew more than twice the legal adult driver alcohol limit of 0.08. The officer further alleged resistance and threats to phone a few famous friends. In an Instagram video (later deleted), Cooper lamented his 38th birthday was ruined and denied the charges, which in addition to DUI include resisting arrest without violence, reckless driving and driving with a suspended license.   END_OF_DOCUMENT_TOKEN_TO_BE_REPLACED