Artificial intelligence (also known as AI) has long been the subject of futuristic dystopian novels, with films like “Blade Runner” hyping the potential for this type of technology to bolster a nefarious police state. So it’s not surprising that the introduction of AI technology in criminal justice has been controversial. As our Broward criminal defense lawyers can explain, AI (specifically, facial recognition software) has been primarily utilized by police and prosecutors. Recently, however, it was used to exonerate a defendant accused of Florida vehicular homicide. 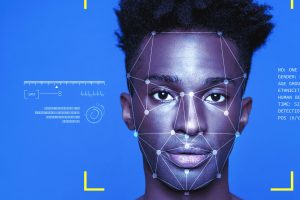 According to news reports and court records, the case began with a fatal car crash in Fort Myers six years ago. According to the defendant, he was the front seat passenger of a Mustang driven by his drunk, distraught friend, who sped recklessly at 100 m.p.h. on a street with a speed limit of 35 m.p.h. The defendant said he was terrified, begging his friend to slow down. They struck a curb, careened out-of-control, slammed into a light pole and then three palm trees before finally stopping against the side of a tree. The defendant blacked out. When he came to, his friend, the driver, was gone. The windshield had shattered. He was stuck, his seat belt jammed. And the car was on fire. He was dazed when an unknown man jumped into action, forcing open the driver side door and getting him out of the burning car.

He didn’t get the name of the man who pulled him from the car. When police arrived, they spoke briefly to the Good Samaritan – an interaction caught on the officers’ body cameras – who affirmed he’d pulled the defendant from the passenger seat. However, the officers didn’t get the name of that man either, perhaps being distracted by the fact that the defendant’s friend was dead nearby (which is not an excuse, especially as it almost led to a serious miscarriage of justice). Later, despite the defendant’s fervent insistence that he hadn’t been driving, prosecutors charged him with vehicular homicide for the death of his friend – a charge that could have landed him in prison for 15 years. They said there was conflicting evidence about who was driving; an accident reconstructionist presented evidence that the burns on his body weren’t consistent with being in the passenger seat. Prosecutors indicated the information provided to police by a nameless man on body cameras wasn’t enough, especially if he couldn’t be identified and called to testify.

But the nameless man didn’t stay nameless. The defendant was ultimately exonerated because of him, after an AI company with a facial recognition database of billions of faces granted his criminal defense lawyers access to that system. Through this, defense lawyers were able to identify that Good Samaritan – who confirmed he was there on scene, and that the defendant was indeed the one stuck in the passenger seat when he arrived. With his testimony, the prosecution dropped the case.

But use of this system to find him was only employed after years – hundreds of hours – trying to locate that man through fliers, social media, tattoo parlors inquiries, internet searches, etc. Local law enforcement reportedly ran a few cursory searches through the AI database early on as well, trying to find that witness, but didn’t have a paid account with the company, and thus didn’t pursue it further.

Still, not all criminal defense lawyers – or civil rights attorneys – are on board with the proliferation of this new technology.

END_OF_DOCUMENT_TOKEN_TO_BE_REPLACED 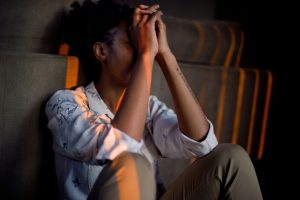 Recently, a Florida woman was sentenced to 16 years in federal prison for a conviction of interstate domestic violence involving both a weapon and a minor. END_OF_DOCUMENT_TOKEN_TO_BE_REPLACED

Authorities investigating a Broward County slaying secured a search warrant to access recording history on an Amazon Echo device present at the crime scene. A 43-year-old man has been arrested for the Hallandale Beach homicide of his 32-year-old girlfriend in mid-July. Police want to know whether the popular voice-controlled smart speakers at the home where she died may provide clues as to what happened, the Sun Sentinel reported. 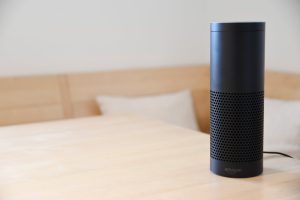 Broward County criminal defense lawyers have been keenly attuned to police and prosecutors’ increasing reliance on evidence derived from new media and technology – from smartphones to drones – in criminal cases.

This is the latest example, and it raises some interesting legal questions about privacy and the extent to which authorities can access the details of conversations that happen in your own home or in personal messages. END_OF_DOCUMENT_TOKEN_TO_BE_REPLACED