As a Broward defense attorney, I generally advise people never to talk to police without a lawyer present. This is true whether you’re innocent or not. Even those who don’t believe they are suspected of a crime should use great caution. 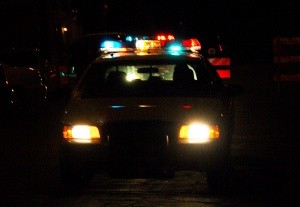 The Fifth Amendment to the Constitution prevents anyone from being compelled in any criminal case to be a witness against himself or herself. You have the right to remain silent. You need to tell them your name, but you don’t need to answer questions about where you’re going, where you came from, what you’re doing, where you live, whether you’re a U.S. citizen or here lawfully. You shouldn’t lie or run. Stay as calm as possible. But be crystal clear that you’re exercising your right to silence. Request a lawyer before you agree to answer any other questions.

Some people are concerned this makes them seem guilty. Especially when they’ve done nothing wrong, it can be tempting just to talk. After all, police can be intimidating and these encounters can cause all kinds of anxiety and most people just want it over with. But here are 6 reasons you really need to refrain from talking to the police at all without your lawyer present. END_OF_DOCUMENT_TOKEN_TO_BE_REPLACED

It’s hard for some folks to believe that non-violent, small-time, petty theft can land people in a Florida prison for years. But it happens all the time, both because of Florida’s low felony theft threshold and minimum mandatory penalties for those convicted of prior offenses.

Two bills that had been advancing through the Florida legislature earlier this year sought to address it. Both, however, have since been defeated, meaning at least this year, the Sunshine State won’t be joining the ranks of a growing number of states that are increasing the dollar amount threshold for felony theft charges (the dollar amount at which a theft crime becomes a felony instead of a misdemeanor).

In fact, Florida has the second-lowest felony theft threshold in the country – just $300, per F.S. 812.014. Someone may end up in prison for stealing even less than that if they have prior convictions or are on probation/parole. Other states, on average, have a felony theft threshold of somewhere between $1,000 and $2,500. Plus, many don’t have the punitive provision that Florida has, wherein the third petty theft is an automatic felony charge. END_OF_DOCUMENT_TOKEN_TO_BE_REPLACED