These offenses can be charged at either the federal or state level, though they are more often federal cases because of the fact that many extend across state lines. Such was the case out of Fort Lauderdale involving four men accused of mail fraud. The Sun Sentinel reports the men were accused of participating in a sweepstakes mail fraud scheme that conned more than 100,000 people out of $25 million. END_OF_DOCUMENT_TOKEN_TO_BE_REPLACED 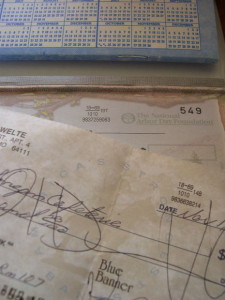 Despite this, a Deerfield Beach woman who allegedly committed Social Security fraud for more than three decades was sentenced to house arrest, probation, community service and restitution. This was after defendant Claudia Carpenter, 60, pleaded guilty to two counts of theft of government funds. The Sun-Sentinel reported Carpenter admitted to the court when entering her plea that she failed to tell the Social Security Administration when her mother died in 1984. Instead, she continued collecting her mother’s disability checks – about $900  each month – which were automatically deposited to their joint bank accounts. Years later, she started taking the money out of automatic teller machines. END_OF_DOCUMENT_TOKEN_TO_BE_REPLACED